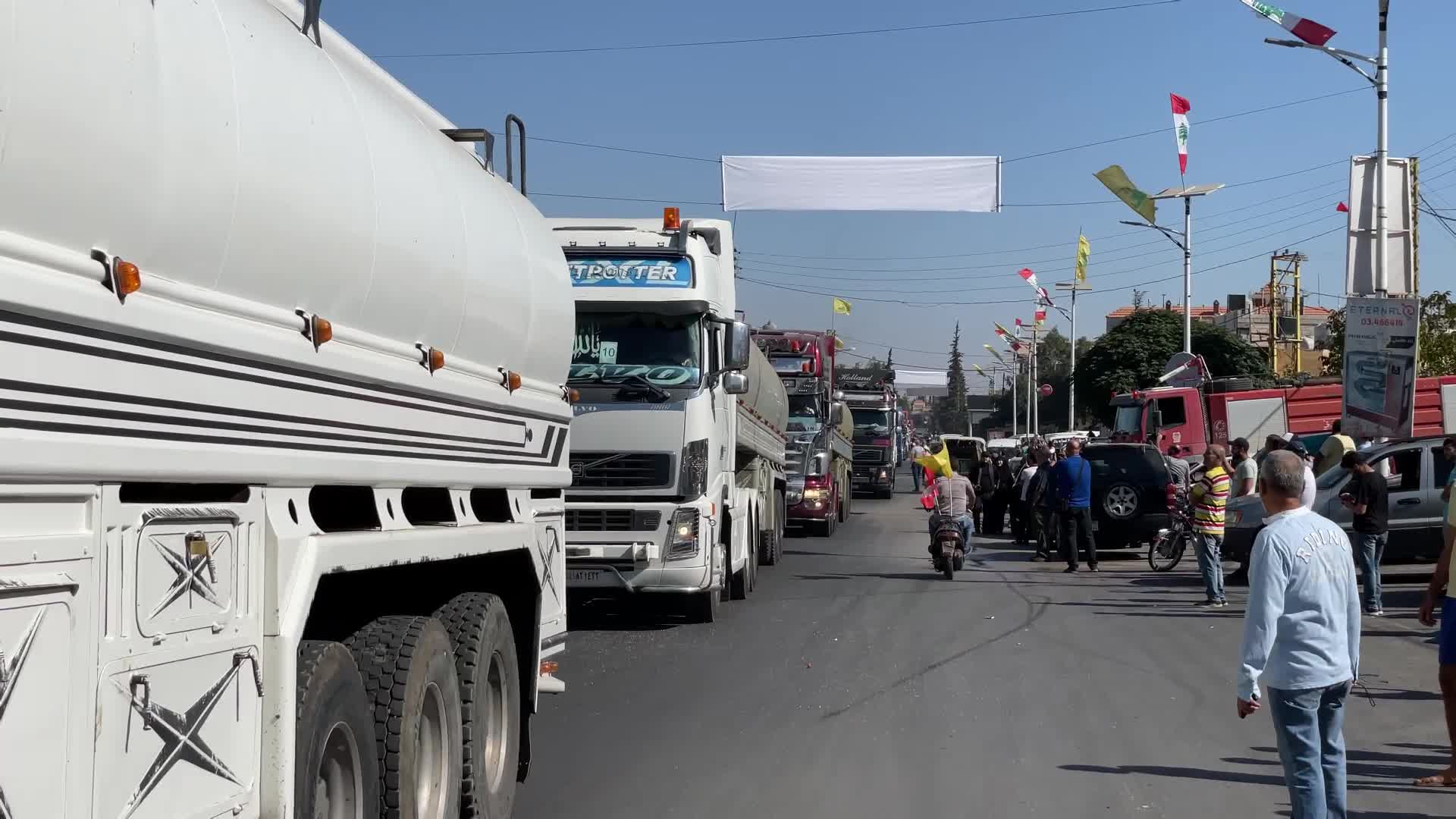 The incoming Iranian diesel shipments arrived in Lebanon passing by Syria’s Baniyas gate and through the land borders in the northern Bekaa region.

The first convoy includes 20 tanks, each containing 50,000 liters of diesel.

The diesel is transported into the Lebanese territory through tankers into tanks and warehouses belonging to the Amana Fuel Company.

After that, the diesel will be transported and distributed to institutions and entities willing to obtain diesel.

The diesel will be stored in specific tanks in Baalbeck city before distributing it over the various Lebanese areas, Sayed Nasralalh said.

He explained that, regarding the destination of fuel ships, Hezbollah had either of two choices–the Lebanese oil facilities or the Syrian seaports.

Sayed Nasrallah noted that the second diesel ship will arrive in Banyas seaport in few days, adding that a third ship will bring gasoline from Iran to Lebanon and that Hezbollah has started to prepare importing a fourth oil tanker from the Islamic Republic.

Sayed Nasrallah explained that that Hezbollah will donate diesel over one month to the governmental hospitals, nursing and elderly centers, orphanages, centers of the disabled, state water companies, the municipalities in need of running well pumps, the Red Cross, and the Civil Defense.

The Secretary General added that diesel will be sold to the pharmaceutical and serums factories, mills, bakeries, supermarkets, and private power companies at a certain price which will be lower than the cost, adding that Hezbollah and Iran will bear a part of the financial burden in this regard.

He further noted that Hezbollah will depend on Al-Amana company to distribute the diesel and gasoline because it has been already blacklisted by the US and accustomed with the sanctions, adding that more companies will be involved in the operation later.