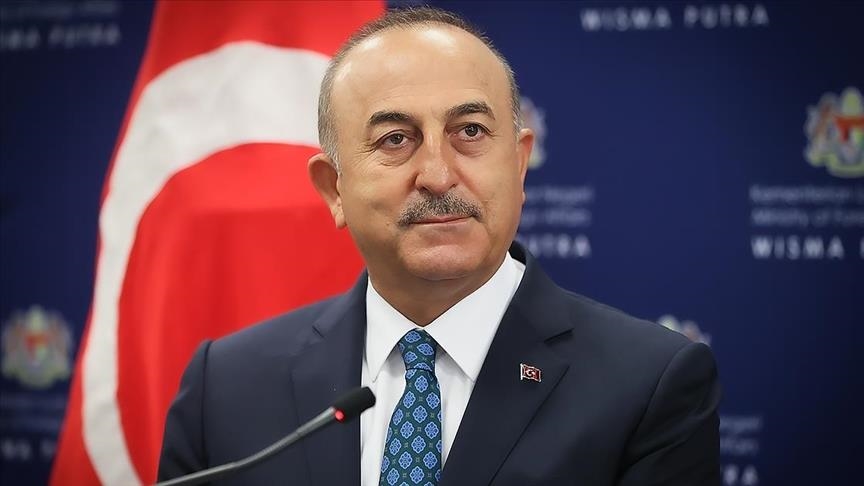 “The (Syrian) regime does not believe in a political solution, it believes in a military solution. A permanent solution is a political solution. We’ve been saying it from the beginning,” Cavusoglu said at a joint news conference with his Latvian counterpart Edgars Rinkevics in the capital Ankara.

Cavusoglu said it is not the first time that the regime and the opposition in Syria came together. “We have made a very important contribution to this. Why? Because the opposition trusts us. We have never let the opposition down. We say that this reconciliation is essential for lasting peace and stability in Syria.”

About a recent attempt to burn the Turkish flag in northern Syria, Cavusoglu said “We know who the perpetrators are. The hand of those who reach out to our flag will also be broken. The Syrians themselves have already made the necessary explanations, including the interim government. They also know these provocateurs.”

Erdogan: Turkey’s experience sharing in counter-terrorism game-changer for many

Erdogan Does Not Rule Out Dialogue with Syria