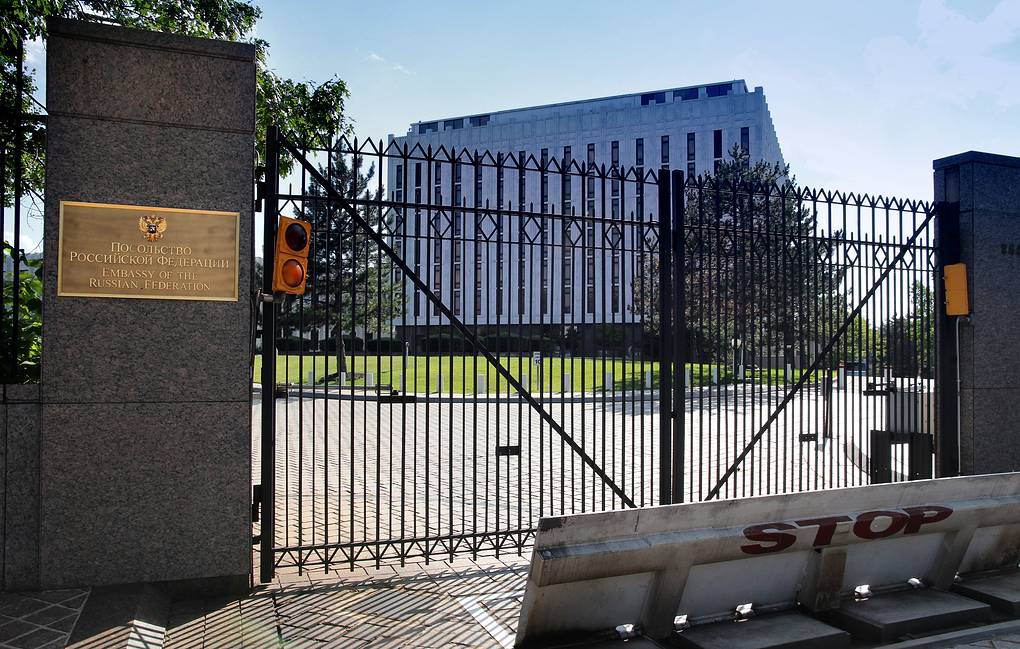 The United States continues to act with no regard to other countries’ security and interests, which leads to an increase in nuclear risks, the Russian embassy in Washington said in a statement published on Telegram on Monday.

“Today, the United States continues to act with no regard to other countries’ security and interests, which does contribute to an increase in nuclear risks. The US steps to further engage in a hybrid confrontation with Russia in the context of the Ukrainian crisis are fraught with unpredictable escalation and a direct military clash of nuclear powers,” the Russian diplomats warned.

“This is happening in the circumstances of Washington’s targeted course towards dismantling the long-standing system of arms control and non-proliferation. The unilateral withdrawal of the US from the INF Treaty and the denunciation of its participation in the Open Skies Treaty have dealt a significant blow to the regimes of transparency and nuclear missile control,” they added.

The embassy noted that “the sweeping rhetoric of the administration [of the US] that Russia’s actions do not correspond to the status of a responsible nuclear power.”

“Our country faithfully fulfills its obligations as a nuclear-weapon state and makes every effort to reduce nuclear risks. On Russia’s initiative, the principle of the inadmissibility of a nuclear war was confirmed at the bilateral level and within the nuclear “five” format. The START Treaty has been extended for a maximum period of five years. The dialogue on strategic stability, that was successfully developing before being “frozen” by Washington in February this year, has been restarted,” the diplomats stressed.

They noted that “against this background, it is strange to hear accusations of irresponsibility, in particular from a country that in 1945 subjected the peaceful citizens of Hiroshima and Nagasaki to atomic bombings.”

“We suggest that Washington should take a closer look at its own nuclear policy instead of making unfounded accusations against the countries whose worldviews do not coincide with the American ones,” the Russian diplomatic mission added.

Lavrov: Some in EU call for normalization of relations with Russia, but relapses possible