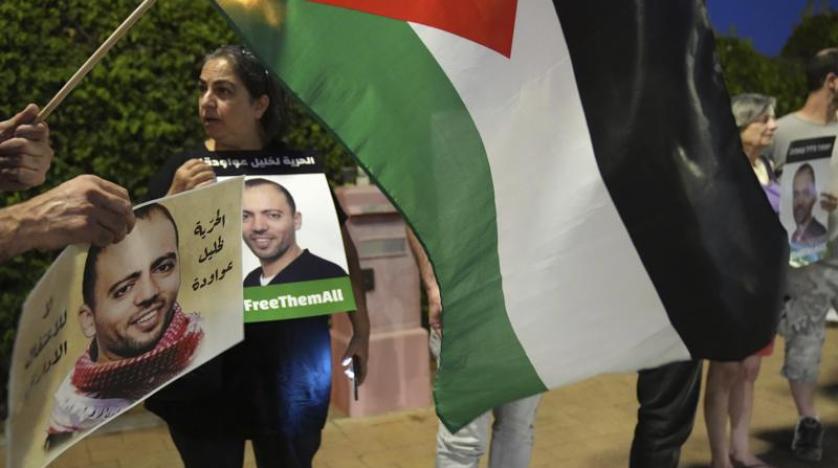 An Israeli court rejected an appeal to release Palestinian prisoner Khalil Awawdeh, whose health is deteriorating as he continues a 165-day hunger strike to protest being held without charge or trial.

In a ruling on Monday, a judge in the Israeli Military Court of Appeals said that despite Awawdeh’s deteriorating health, he would still pose enough danger if he were released.

He was recently deemed by doctors to be at risk of permanent neurological damage, and was transported to an emergency room where he refused treatment.

Ahlam Haddad, the PIJ member’s lawyer, said she plans to petition the ruling in the Israeli High Court of Justice as it endangers the life of Awawdeh, a member in the Islamic Jihad Palestinain resistance movement.

The release of Awawdeh was one of the conditions of the Egyptian-mediated ceasefire between Palestinian Islamic Jihad (PIJ) and the Israeli occupation, which took place earlier this week after three days of Israeli aggression which killed nearly 50 Palestinians and injured hundreds others.

Israeli occupation military launched on August 5 a brutal aggression on the Gaza Strip. Consequently, Al-Quds Brigades, the military wing of the Islamic Jihad launched an operation, dubbed ‘Unity of Battlefields’ by launching salvoes of rockets toward the occupied Palestinian territories.

The ceasefire took into effect late Sunday (August 7), after Egypt vowed that Awawdeh, along with other Islamic Jihad official in West Bank Sheikh Bassam Al-Saad, would be released.

However, shortly after the ceasefire took into effect, Israeli officials said Awwdeh and Al-Saadi won’t be released.