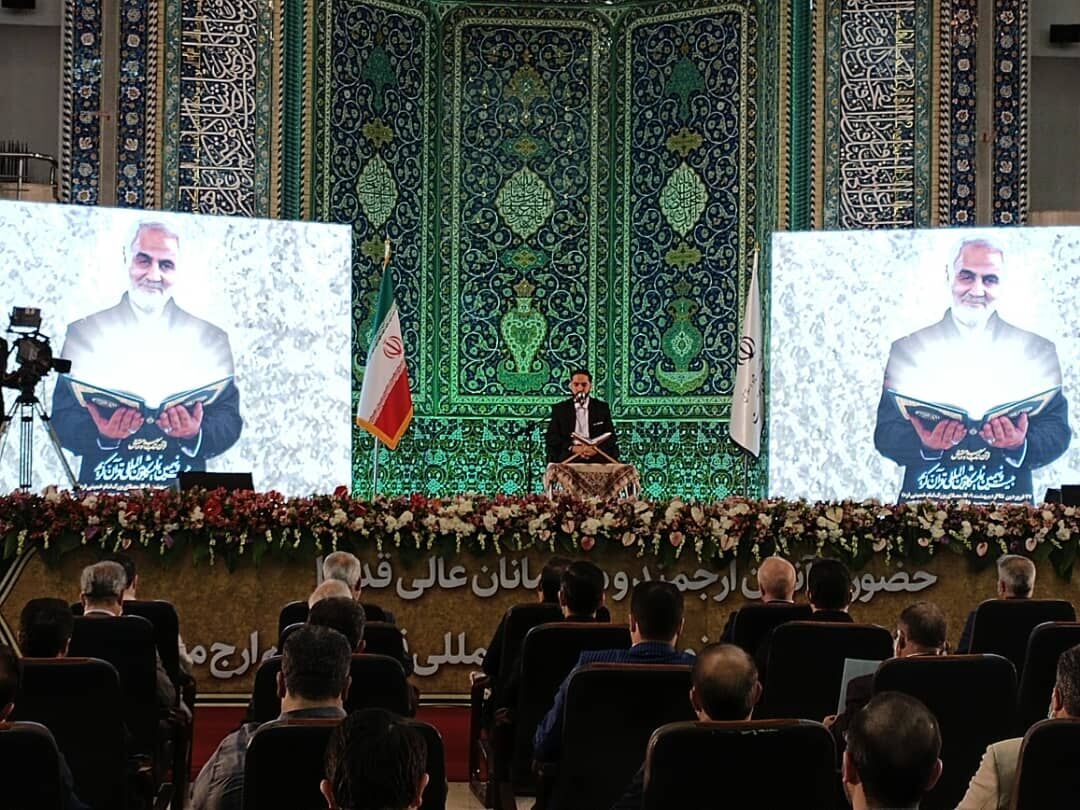 The 29th Tehran International Holy ‎Quran Exhibition kicked off in the Mosalla of Imam Khomeini in Tehran with Mohammad Baqer Qalibaf, the Parliament Speaker, ‎Mohammad Mehdi Esmaili،, Minister of Culture and Islamic Guidance, and Yousef Nouri, Minister of Education, attending the opening ceremony.

Qalibaf delivered a statement addressing the ceremony during which he said the Quran has persuaded the Palestinian youth to stand firm against the Israeli occupation regime and fight them in the heart of the Zionist regime.

He criticized some Arab countries for normalizing their relation with the Israeli regime, saying: “After more than seven decades, young people who have not seen Israeli crime and occupation in early years, defend Palestine.”

He continued “In a situation where all countries are trying to keep the name of Palestine alive, the light of the Quran in the hearts of Palestinian youth has made them hate the Zionist regime.

Quran is a common language among the Muslims, and holding such exhibitions can make Muslims closer to each other and affect their lives for the better, said the official, adding that needed funds and capacities have been prepared for such holy events by the officials.

Tehran International Holy Quran Exhibition is an annual event organized during the holy month of Ramadan ‎to introduce the Quranic achievements of Iran and other countries.‎ In 2020, the exhibition was canceled due to the outbreak of COVID-19, ‎and the previous edition in 2021 was held virtually.‎