Sayed Nasrallah: We are able to convert thousands of missiles we have into precision missiles 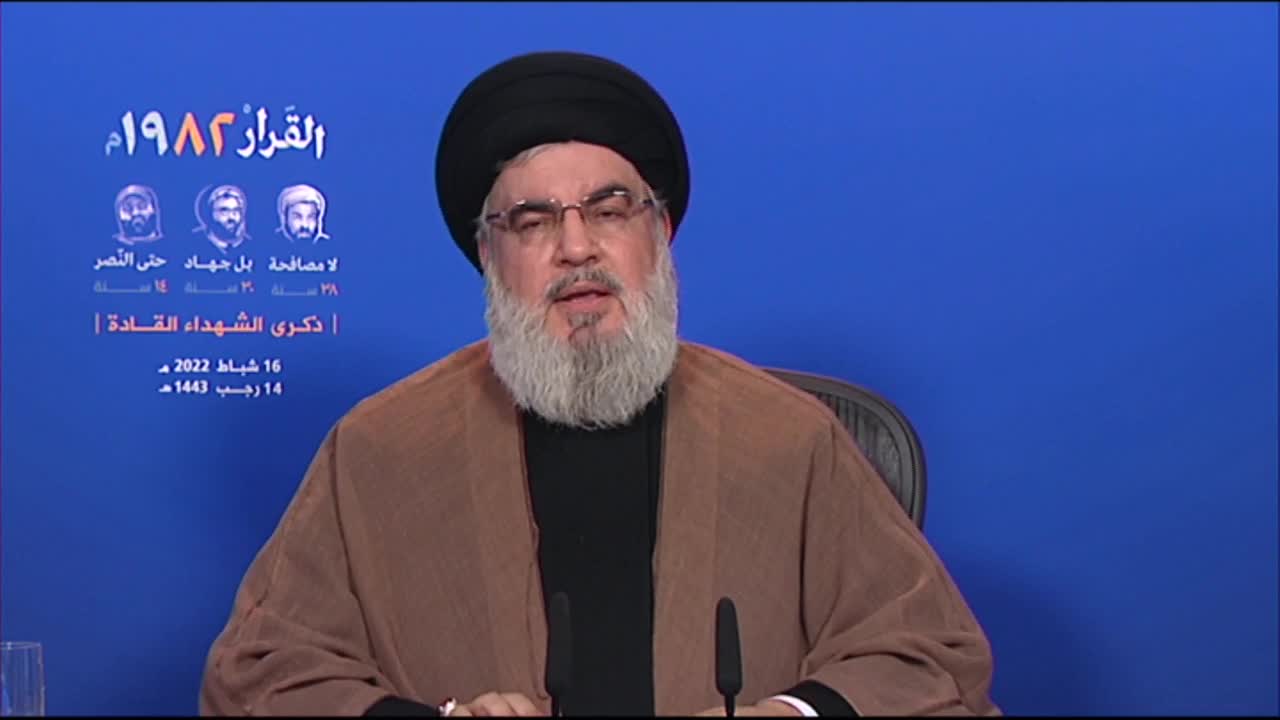 Hezbollah Secretary General Sayed Hasan Nasrallah said Hezbollah keeps pace with all advancement and developments in the military industry, noting that they are able to convert the thousands of missiles they have into precision missiles.

“We began manufacturing drones in Lebanon since years, whoever wants to buy is welcomed,” Sayed Nasrallah said on Wednesday in a televised address marking Hezbollah ceremony.

The enemy tries throughout its aggression in Syria preventing the reach of precision weapons to the resistance in Lebanon, he noted.

Sayed Nasrallah addressed Israelis casting about our precision missiles saying “Search as much as you wish, we are waiting”.

“Our youth are able to keep pace with all advancement, we are ready for all developments in the military industry,” he said adding that the resistance decided on activating its air defense in the face Israeli drones threat.

Resistance capabilities and structure are constantly evolving, last summer was one of the biggest drilling seasons, the Secretary General said.