Saied Meets with Ministers of Defence and Interior 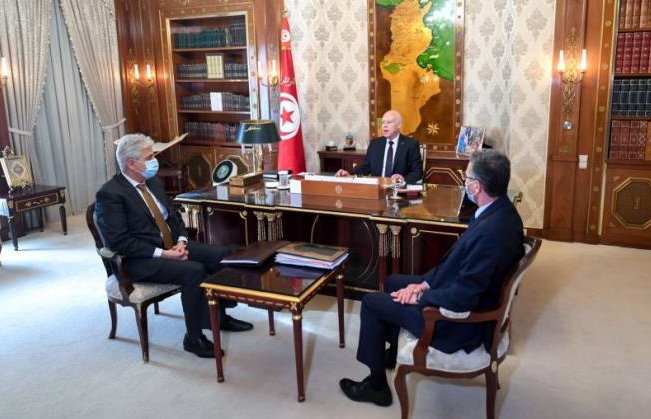 The meeting discussed the general situation in the country and the readiness of the armed, military and security forces to impose the rule of law to all without exception, said a Presidency statement.

The President commended the efforts made by all the state apparatus in this period to preserve the unity of the country and the continuity of its services.

Saied had announced in a speech to the Tunisian people on Monday evening a set of measures, on the eve of the celebration of the anniversary of the Revolution, including holding legislative elections on December 17, 2022 and extending the freeze on the Parliament until these elections.