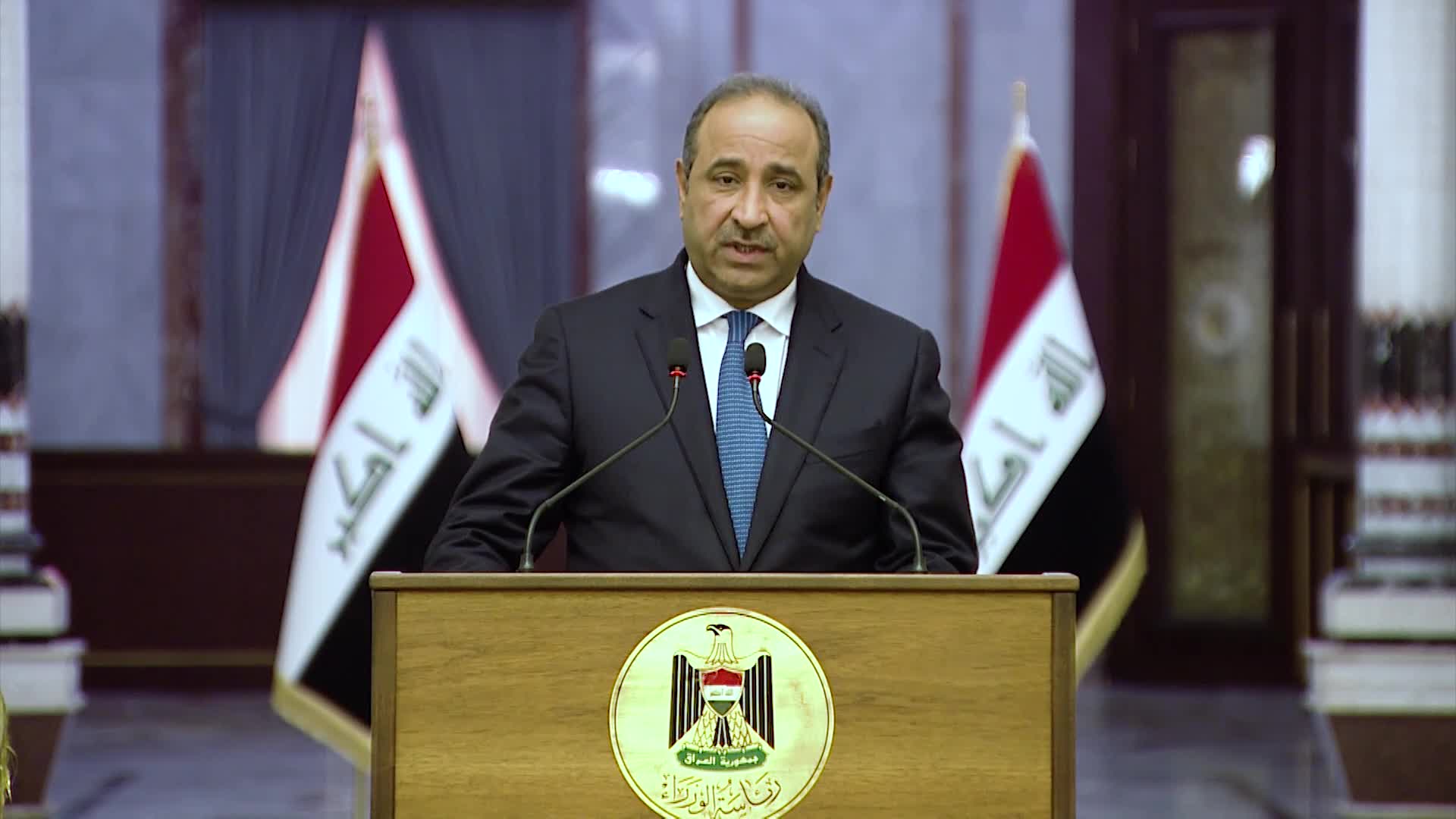 Iraqi Cabinet spokesman Hassan Nazim confirmed on Tuesday that the Cabinet agreed to release the exchange for projects funded under the Iraq-China agreement.

Nazim said at the weekly press conference of the Council of Ministers that “Prime Minister Mustafa Al-Kadhimi issued several directives regarding the security situation,” noting that “a directive was issued to the Ministry of the Interior to organize the issue of private car competition for taxis at work.”

He added, “The Council of Ministers decided to allocate sums of money to complete fortifications on the Iraqi-Syrian borders,” noting that “two billion dinars were allocated to the directorates of education in Muthanna, Diwaniyah, Dhi Qar, Maysan, Babil and Salah al-Din.”

He further noted that “the sums allocated to the directorates of education are spent on rehabilitating schools and purchasing school supplies,” adding that “the Council of Ministers voted to pay the differences with the salaries of daily wage earners in the Ministry of Higher Education.”

The spokesman stressed that “the Ministry of Commerce has been authorized to use the cash it has to pay farmers’ dues and buy wheat,” noting that “the Council of Ministers agreed to release funds for projects funded within the Iraqi-Chinese agreement.”