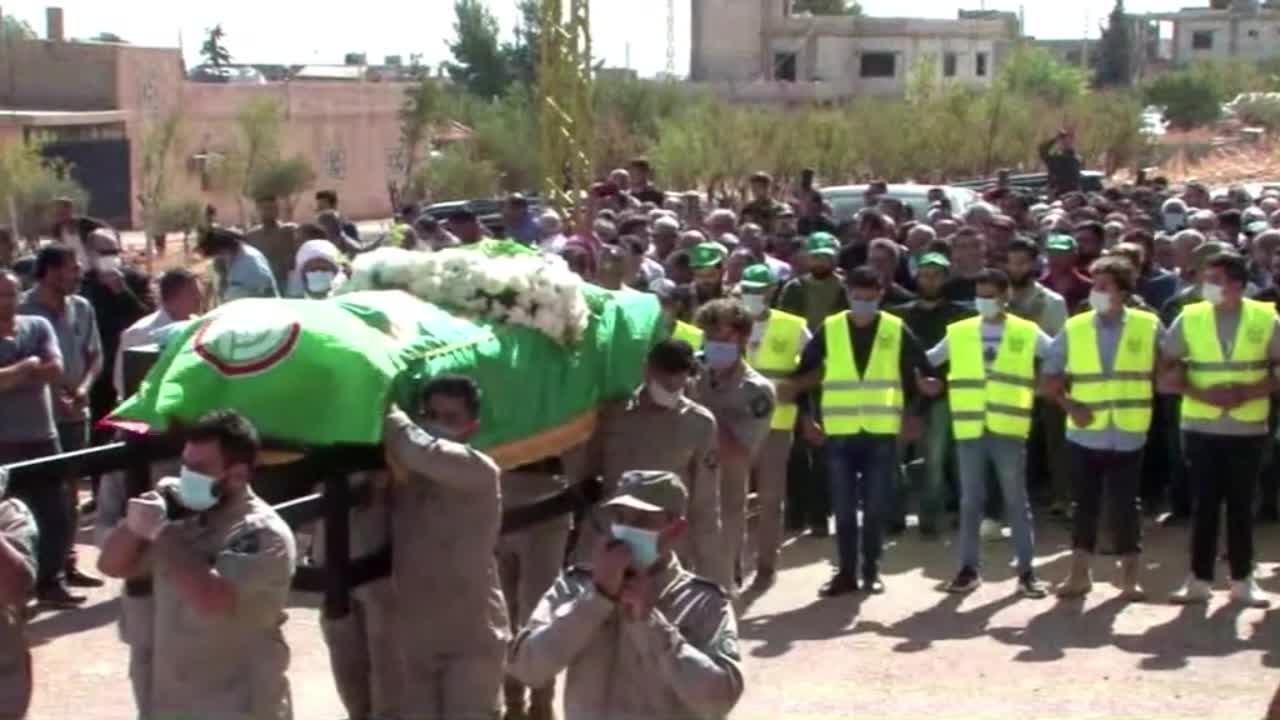 Amal movement and the people of Kfardan-Zaarir in the Beqaa took part on the funeral of Hasan Muhammad Subhi Mshik who killed by an ambush set by members of the “Lebanese Forces” in the Tayouneh area.

The funeral witnessed great popular participation in the presence of officials of the Amal Movement and Hezbollah.

The funeral was preceded by a memorial ceremony in which the Head of the Executive Body of the Amal Movement, Mustafa Al-Fawani, made an address stressing the need for the security forces to hold their responsibilities, callingfor a transparent investigation that reveals those involved in the incident.

Militants affiliated with Lebanese Forces Party on Thursday ambushed civilians heading to the Justice Palace to protest against politicization of investigation into Beirut Port blast. Six Lebanese people were killed and dozens injured as snipers opened fire at civilians.

Brigadier General Yassin on Demarcation of Border: All options are open

Lebanese FM: Israel does not have the right to drill