Iran, EU to Keep on Sanction-Lifting Talks in Brussels 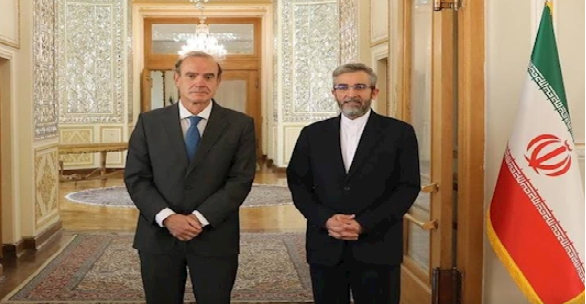 Iran’s Deputy Minister of Foreign Affairs and Deputy Secretary-General of the European External Action Service (EEAS) agreed to continue talks in Brussels after talks wrapped up in the Iranian capital.

Bagheri Kani in the meeting criticized the EU for evading responsibility to what was going on in the region including the lifting of sanctions on Iran and said: “Whichever side shows more responsibility is closer to the negotiating table.”

“Iran is always ready for serious negotiations the result of which is practical not just on the paper,” he noted.

Bilateral relations, regional issues, including developments in Afghanistan and Yemen, as well as negotiations to lift sanctions on Iran were the topics to be discussed in the meeting.

Iran’s senior diplomat told the European side that there was serious doubt that the US had the will to fulfill its commitments to the internationally signed Joint Comprehensive Plan of Action (JCPOA).