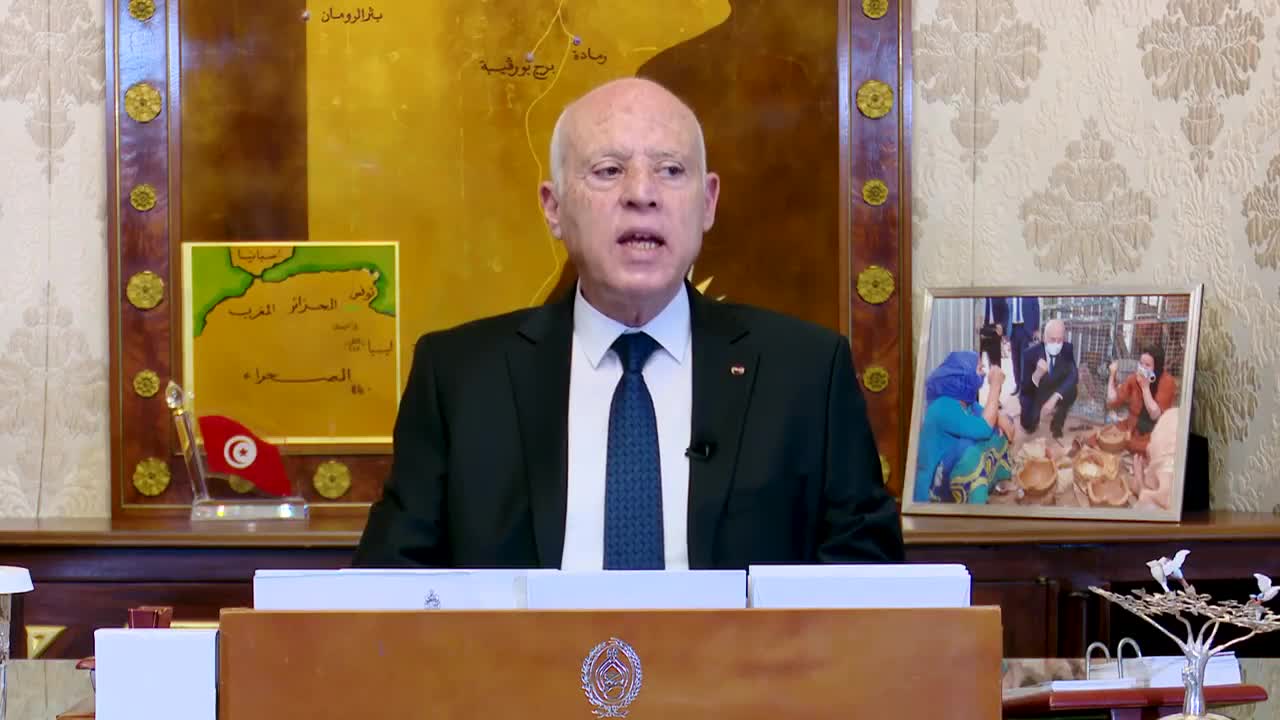 The Head of State placed emphasis on the continuity of the normal functioning of state institutions, calling on all officials to redouble their efforts to meet the challenges facing the country and put an end to abuses, in accordance with the will of the Tunisian people, said a statement from the Presidency of the Republic.

“Tunisia is a free and independent state and there is no way to interfere in its internal affairs,” he said, stressing that it is “out of question that its sovereignty be subject to negotiations.”

In this context, the Head of State stressed that “the dignity of the Tunisian people is above any other consideration,” calling for an investigation into attempts to plot against the internal and external security of Tunisia.

He also said that the benefits granted to people who have solicited foreign parties to undermine the interests of the country will be withdrawn.

Saied reaffirmed his attachment to the principles of democracy and freedom and his commitment to build a “real” democracy, saying a dialogue “different from previous ones” will be launched shortly.

The ministers also reviewed data on the health situation, supply, prices and preparations for the agricultural.