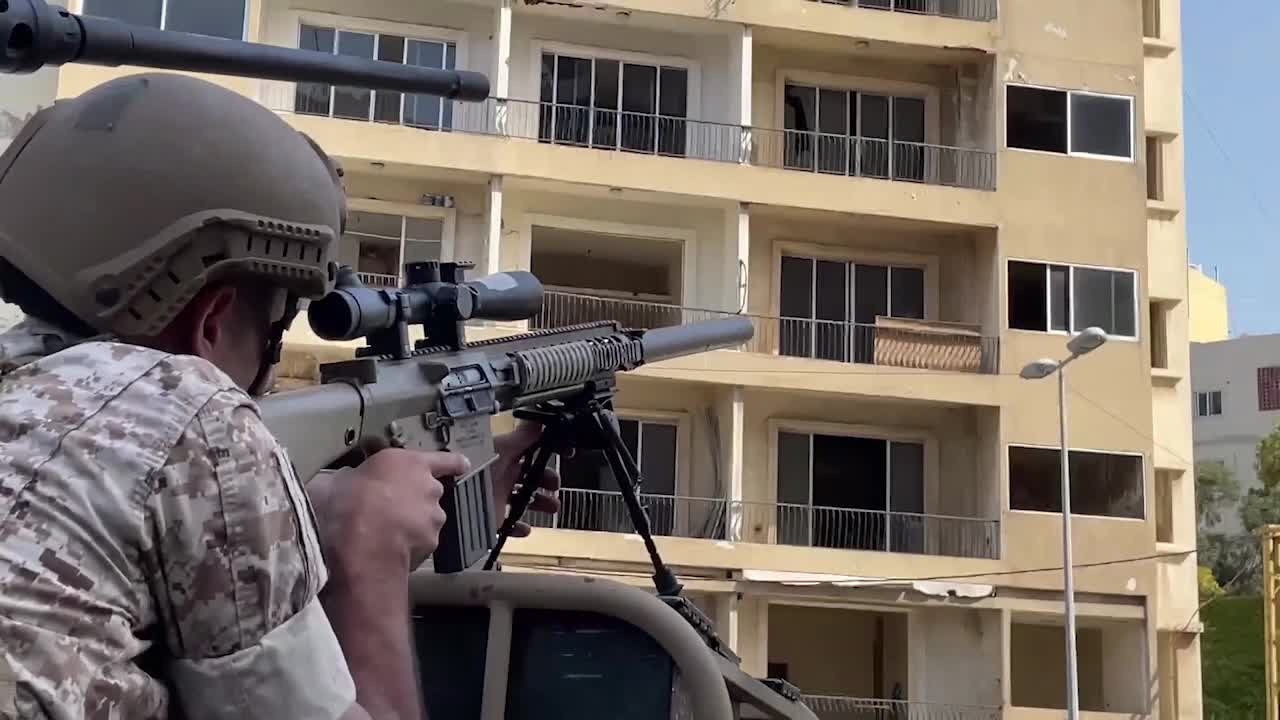 Six Lebanese people were killed and dozens injured on Thursday as snipers attacked civilians gathering near Justice Palace in Beirut’s Tayouneh-Badaro area to protest against politicization of investigation into Beirut Port blast.

The death toll in the events that erupted in Tayouneh has climbed to six while the number of wounded individuals is at 32, the Ministry of Public Health announced in its latest report.

The army deployed heavily to the site and sent troops to search for the gunmen, urging civilians to leave near-by areas.

A woman was identified among the victims who was killed after being hit by a bullet in the head while in her house.

Media reports said that the arrested gunmen were fully prepared and standby in wait for the orders of the party’s orders.

The Lebanese army announced, in a statement on Thursday, that its units arrested nine culprits in the attack of the “Lebanese Forces” gunmen on the protesters in Tayouneh area.

Jabbour, the security aide of the “Lebanese Forces” head Samir Geagea had earlier inspected the scene of the attack and instigated the gunmen.

Meanwhile, Lebanese Army issued a statement in which it said that a group of demonstrators came under fire attack in Tayouneh-Badaro area. The Lebanese Army warned that its units will fire at any militant in the region, according to the statement.

President Michel Aoun followed up on the developments with Prime Minister Najib Mikati and ministers of defense and interior, as well as with army chief.

Minister of Interior Bassan Al-Mawlawi said following an emergency session of the Central Security Council that no one can tamper with the civil peace, calling on media outlets to avoid circulating false news.

Al-Mawlawi indicated that the incident started when snipers opened dire at protesters in Tayouneh, adding that six martyrs and 16 injuries have been reported so far.

Earlier on Wednesday, Lebanese Resistance Hezbollah and Amal Movement called on supporters to stage a rally near the Justice Palace to call for non-politicization of the probe into Beirut Port blast.

Sayed Nasrallah stressed that Hezbollah is keen to reveal the truth in the Beirut Port blast case, but noted that the judicial investigator should take the unbiased judicial course, away from politicization.