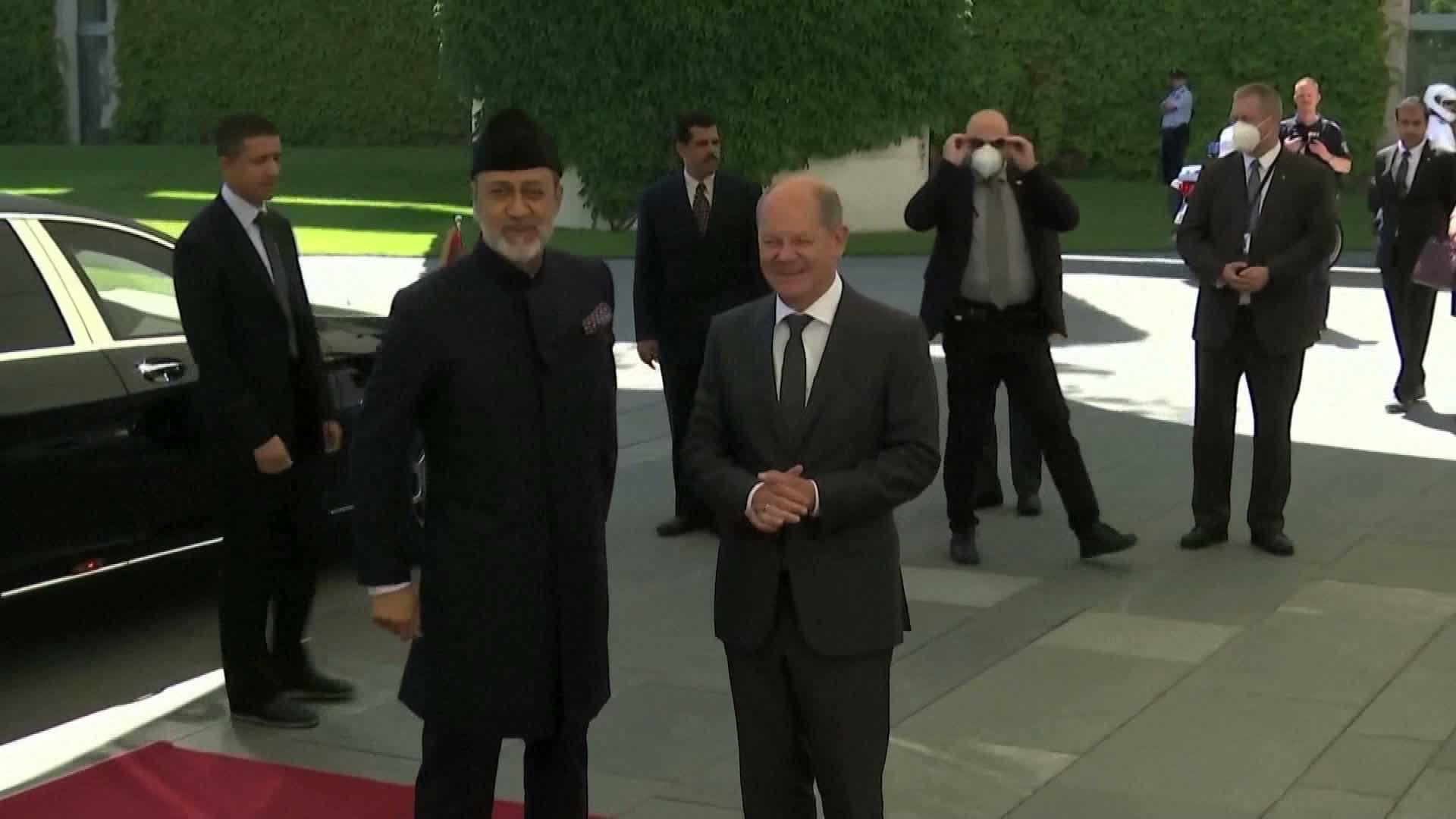 Oman’s Sultan Haitham and German Chancellor Olaf Scholz met in Berlin on Thursday and reviewed the growing bilateral relations between the two countries and discussed ways of upgrading the existing co-operation and partnership to serve the common interests of the Omani and German peoples.

A banquet was held in Sultan Haitham’s honour. The two sides also exchanged views about a variety of issues of common concern in the backdrops of developments in regional and international arenas.

German Chancellor: Germany can’t provide Ukraine with weapons at similar pace to the US