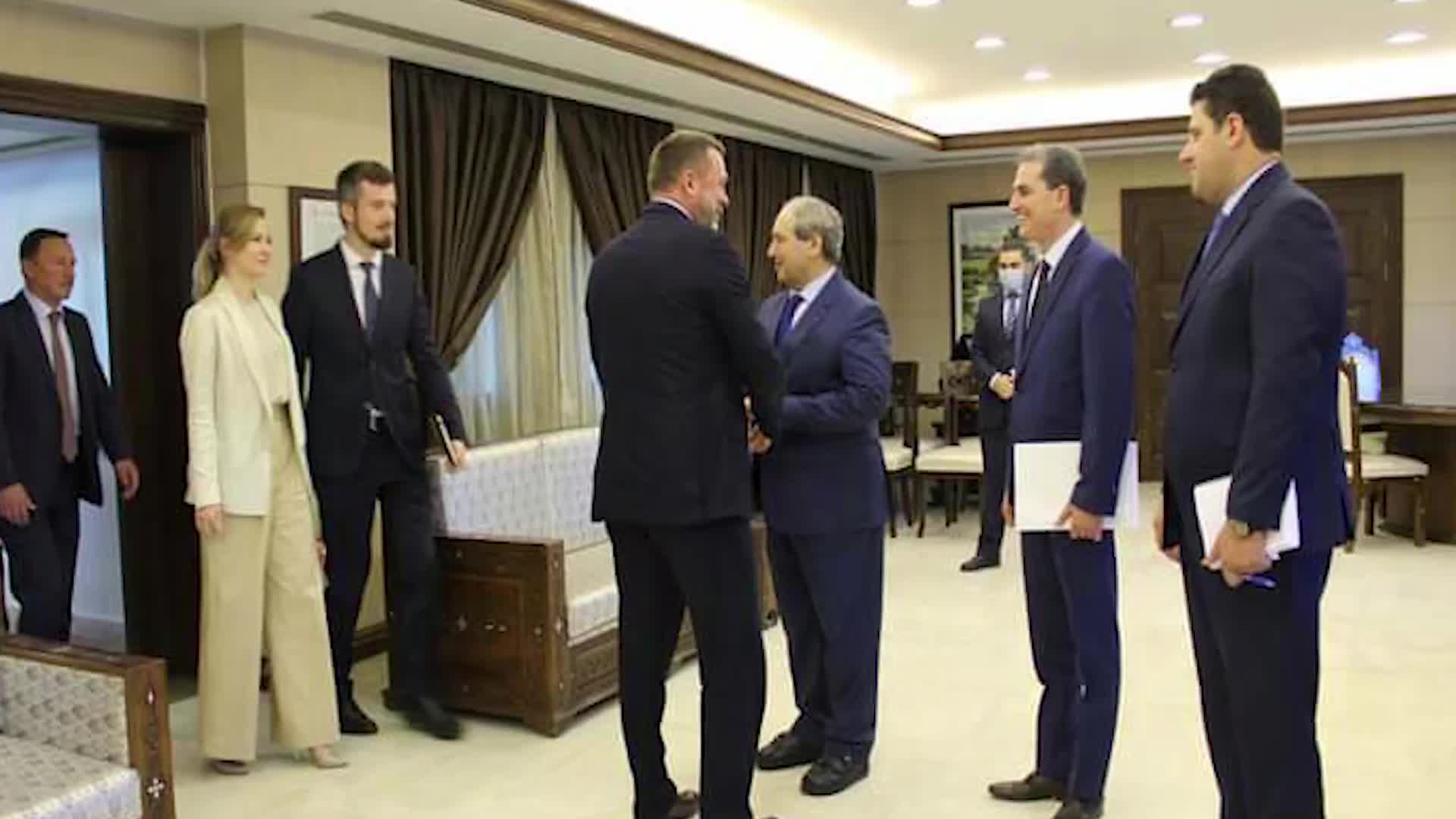 Minister Mikdad said relations between the two countries are permanently enhanced, affirming Syria’s support for the stances of the Russian Federation.

“The West’s support for terrorism in Syria, with weapons and billions of dollars, is a continuation of its support today to the Nazis in Ukraine and supplying them with weapons and money to face the Russian stance that defends the people of Donbass, their freedom and security,” Mikdad said.

He added that the Western policies that back terrorism in Syria impede the political efforts exerted to return the normal situation to the country, stressing that the unilateral coercive measures imposed on both Syria and the Russian Federation are immoral and contradict with the international law.

For his part, Sablin described the Syrian and Russian relations as deep-rooted , stressing the necessity for continuous work within the Russian-Syrian Parliamentary Friendship Committee to overcome all difficulties that limit the development of economic and parliamentary relations between the two friendly countries.

Sablin indicated that the main objective of the Russian military operation in Ukraine is to protect and defend the people in the Donbass region in light of the genocide they are being exposed to by the neo-Nazis.

Donetsk Foreign Minister Natalia Nikonorova also gave a presentation about the war on her country and genocide of the Donetsk people by the Nazi groups, noting that Ukraine chose to be on the side of the West.