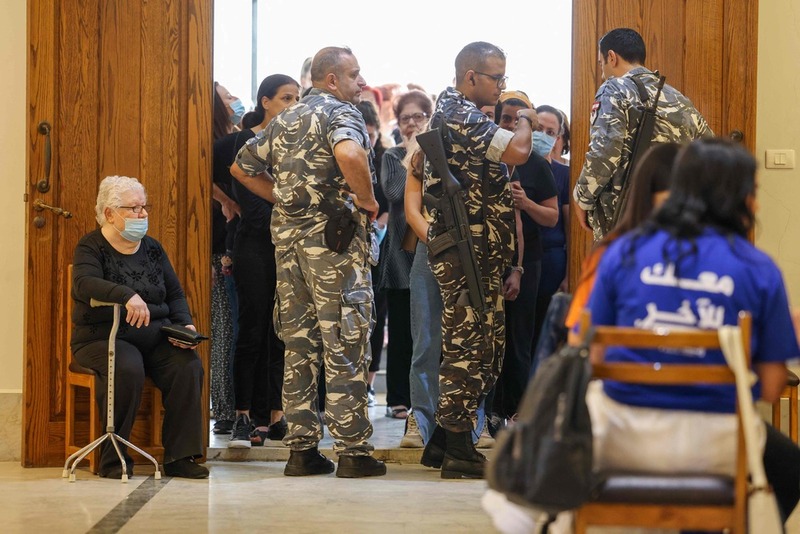 Polls closed Lebanon’s 2022 parliament election by 07:00 pm and all stations concluded the voting to begin opening ballot boxes and tallying the results.

As polls closed, Prime Minister Najib Mikati held a press conference on the vote, where he denied the turnout would be as low as feared and praised security forces for ensuring the vote was held safely.

“All elections have mistakes, but thankfully today we consider we have minimal mistakes and flaws. The team was able to deal with them immediately,” Mikati told reporters.

When asked about low voter turnout, Mikati said the Lebanese state had done all it could for the vote and it was up to citizens to express themselves by either voting or abstaining.

“I consider these elections a victory for the Lebanese state and the people,” he said.

“Everyone had their doubts, but the state today pulled together all its forces to make the elections happen.”

Mikati pointed to the deployment of 120,000 security forces across the country to ensure the vote could be held securely.

Lebanese parliamentary elections kicked off on Sunday at 07:00 am amid security measures taken by Lebanese Internal Security Forces and Lebanese Army.

The country’s 2017 electoral law stipulates that all Lebanese men and women can vote, excluding for military and security personnel, people convicted of a felony, those stripped of their civil rights, or declared bankrupt, among others.

Voters are enrolled automatically in their registered place of origin and the list is available for public inspection at government offices including municipalities.

Since 2019, the Lebanese currency, the pound, has lost more than 90 percent of its value against the US dollar on the black market.