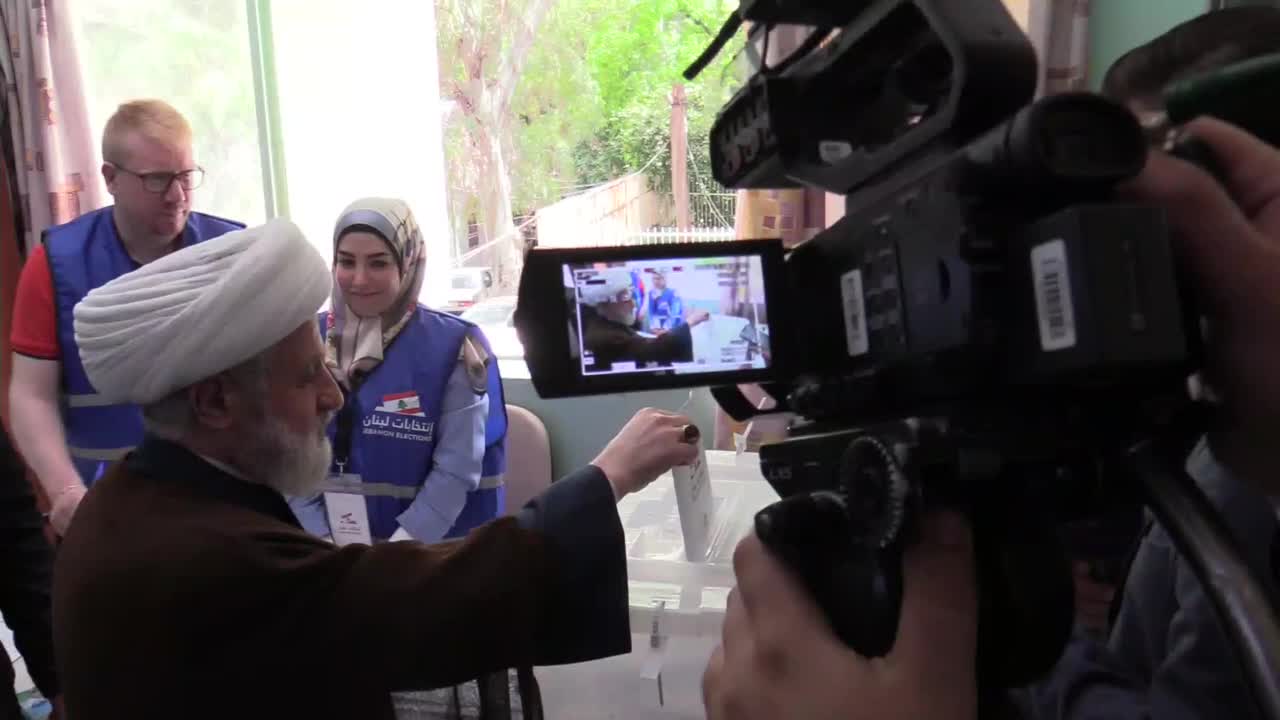 In a statement to reporters after casting his vote, Qasem said, “The battle is a battle of political choices. After the elections, no one has the right to say that Parliament does not have representation.”

“We accept the results, no matter what and we welcome everyone because we are facing a stage that needs a renaissance and work.”

The Deputy Secretary-General noted that the electoral process is going smoothly, adding “people will express their demands and we will accept what the people want in the new parliament”.

The voting turnout in Beirut’s second district reached 18.5% as of 01:30 p.m., according to Hezbollah’s electoral machine.

In a press statement after casting his vote, Safi Al Din said “the time for speaking is over and the time has come to vote”, calling on citizens to cast their votes and elect the honest to protect and build their country.

Voters began casting their ballots in a general election since the morning, for the first time since the October protests of 2019.

103 lists are competing in 15 electoral districts with about 4 million Lebanese voters.

The election is taking place amid clear division between two political projects. The first is the national project represented by Hezbollah and its allies which seeks to establish a strong and just state. On the Other hand there is a group hostile to the resistance and its weapons, supported by the United States and the Gulf. This group seeks, through its media network, to hold the resistance responsible for the economic crisis, corruption, Beirut Port explosion and the Lebanese pound devaluation.