Aoun Follows Up on Parliamentary Elections from Baabda Palace 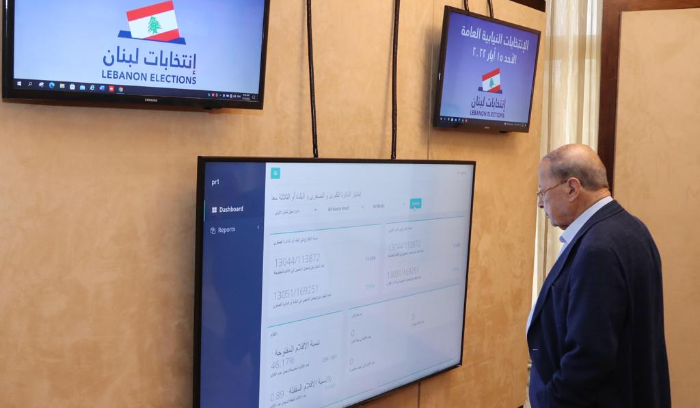 Lebanese President Michel Aoun is following-up the electoral process in all Lebanese regions through a room established by the General Directorate of the Presidency of the Republic.

Aoun monitored the voting rates in all Lebanese regions and the development of the voter movement.

Aoun also received reports from the competent authorities on the security developments that accompanied the electoral process.

Aoun stressed that “a citizen cannot be impartial in a major and fundamental issue for choosing a regime.”

On Saturday night, Lebanon’s president urged the Lebanese people not to waste their opportunity to vote.

Addressing the nation, Aoun said the Lebanese people should “choose those whom you trust and whom you find worthy of defending your rights and passing the laws that safeguard and protect them”.