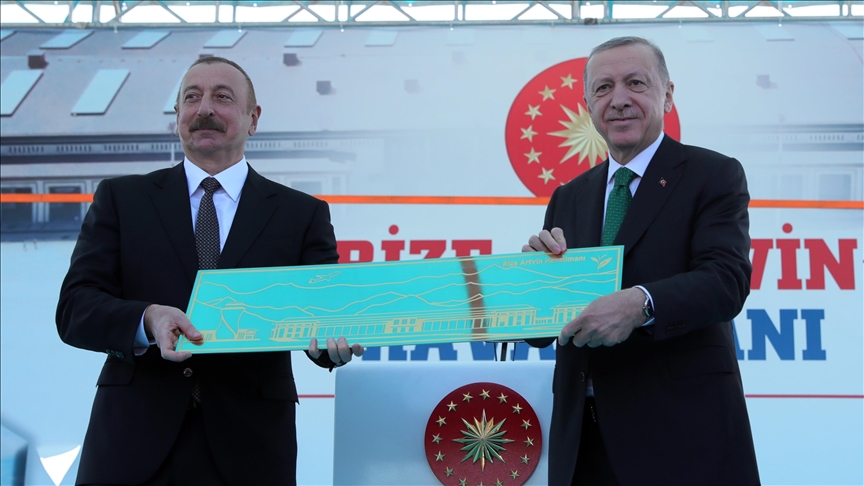 Turkish and Azerbaijani presidents on Saturday attended the opening ceremony of the Rize-Artvin Airport in northern Turkey, one of the five airports in the world built on the sea.

“This project, which I see as a symbol of the progress Turkey has made over the past 20 years in development, and particularly in air transport, is also a sign that neither mountains nor seas can stand in the way of our determination to serve,” said Recep Tayyip Erdogan in his opening speech at the airport, located off Turkey’s Black Sea coast.

Erdogan also underlined that two of the world’s five airports built on the sea are now in Turkey.

“Rize-Artvin Airport, which we have built in the challenging geography of the eastern Black Sea region, will also ease transportation for our neighbor Georgia,” he stressed.

For his part, Azerbaijan’s Ilham Aliyev stated: “Today, Turkey is a world-class powerhouse.”

“It has been able to carry out large projects in the country, including airports, dams, roads, schools, and hospitals. All this indicates the strength of Turkey,” he added.

Noting that this was the first time he visited Turkey’s northern province of Rize, Aliyev said the entire Turkic world is proud of Turkey.