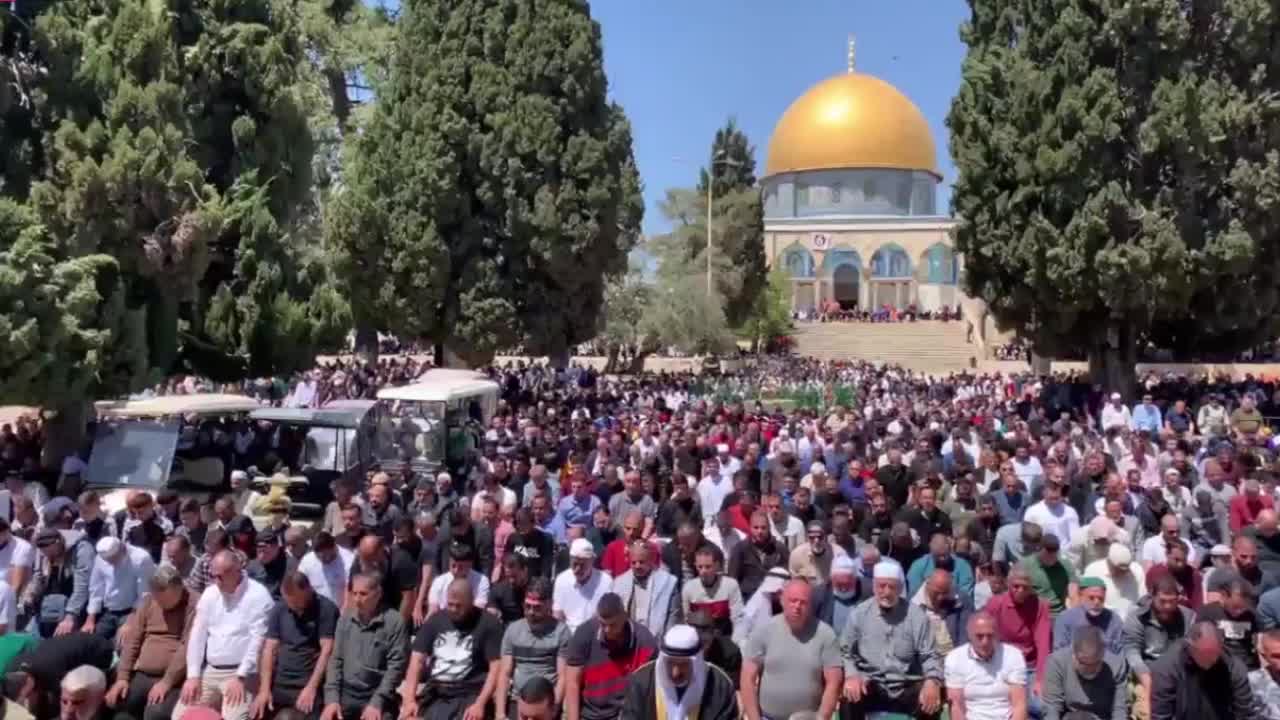 Thousands of Palestinian worshipers performed Friday prayer at Al-Aqsa Mosque despite Israeli attacks and restrictions imposed at the gates and entrances of the Old City of Occupied Jerusalem since the early morning hours.

The Islamic Endowments Authority reported that 50,000 worshipers performed the Friday prayer at Al-Aqsa.

The Authority pointed out that Israeli police forces imposed tight restrictions on the worshipers’ entry to the holy site and closed all roads leading to the compound following the round of violence that erupted early in the morning.

Thousands of police officers were also deployed at the gates of the Old City, the roads and streets leading to the Mosque, as well as at its gates.

A state of calm has prevailed in Al-Aqsa Mosque after the violent clashes that broke out in the wake of the Israeli attack on Palestinian worshipers during Fajr (Dawn) prayer.

The Palestinian Red Crescent emergency service said it evacuated 152 wounded people to hospitals after being injured during the clashes. More than 400 Palestinians were also arrested during the attack.