Raisi: Iran welcomes Irish independence in face of US 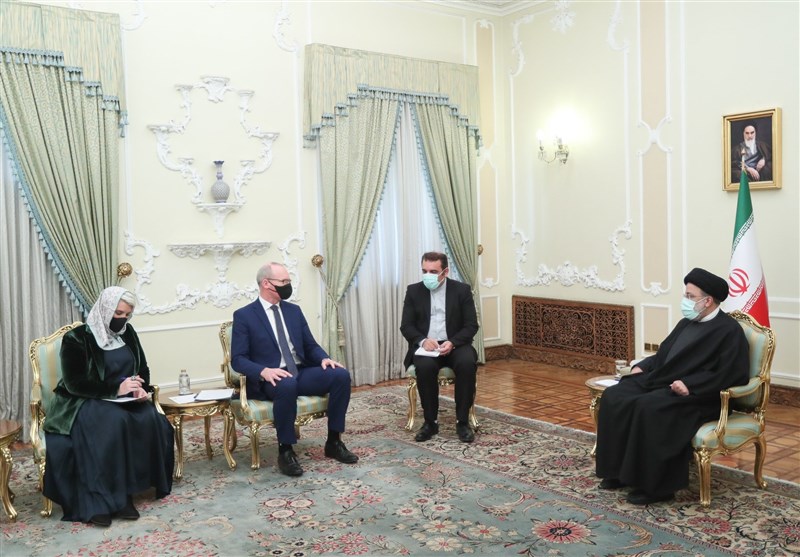 Iranian President Ebrahim Raisi called for the enhancement of relations between Tehran and Dublin, saying Iran welcomes the independence of Ireland in the face of the US and a number of European governments.

In a meeting with Irish Minister for Foreign Affairs Simon Coveney, held in Tehran on Monday, Raisi hailed the brotherly and constructive relations between Iran and Ireland.

Pointing to Ireland’s political and economic policies, the president said, “We welcome the independence of Ireland in the face of the US and some European countries.”

He also cited the ample opportunities for the expansion of economic and trade relations between Iran and Ireland, saying the two nations can cooperate in various fields, such as energy, science and technology, industry and agriculture.

“Tehran is determined to further promote relations with the friendly and independent states,” Raisi said, noting that his administration’s main policy revolves around protection of the interests of nations and mutual respect.

Referring to the ongoing Vienna talks on the revival of the JCPOA, the Iranian president said, “What we put emphasis on in the ongoing negotiations is that the sanctions (against Iran) must be lifted genuinely and the rights of the Iranian nation must be respected.”

For his part, Coveney said his country attaches special importance to the enhancement of ties with Iran.

Ireland’s relations with Iran are in a strategic stage, the foreign minister added, noting that his country is willing to broaden ties with Iran and is also resolved to reopen its embassy in Tehran.

He also emphasized that Iran should be given the necessary guarantees in the course of the Vienna talks in order for the Joint Comprehensive Plan of Action (JCPOA) to be revived.