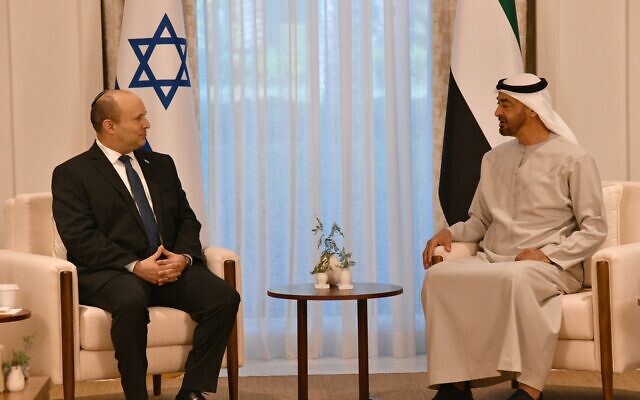 Bennett instructed officials to begin making preparations for bin Zayed’s visit. No timeframe was given for the trip.

The prime minister met Monday with bin Zayed for some four hours, with more than half of the time spent in one-on-one talks, Bennett’s office said.

In a statement before departing, Bennett thanked bin Zayed for “for the very warm hospitality” and said the two held “in-depth, sincere and significant talks”.

“We discussed the two countries’ relative strengths. Our goal is to expand ties so that there is not only peace between the leaders but also between the peoples,” he said.

“I am leaving here with great optimism that this example, of ties between the two countries, will be a cornerstone for a wide-ranging network of ties throughout the region.”