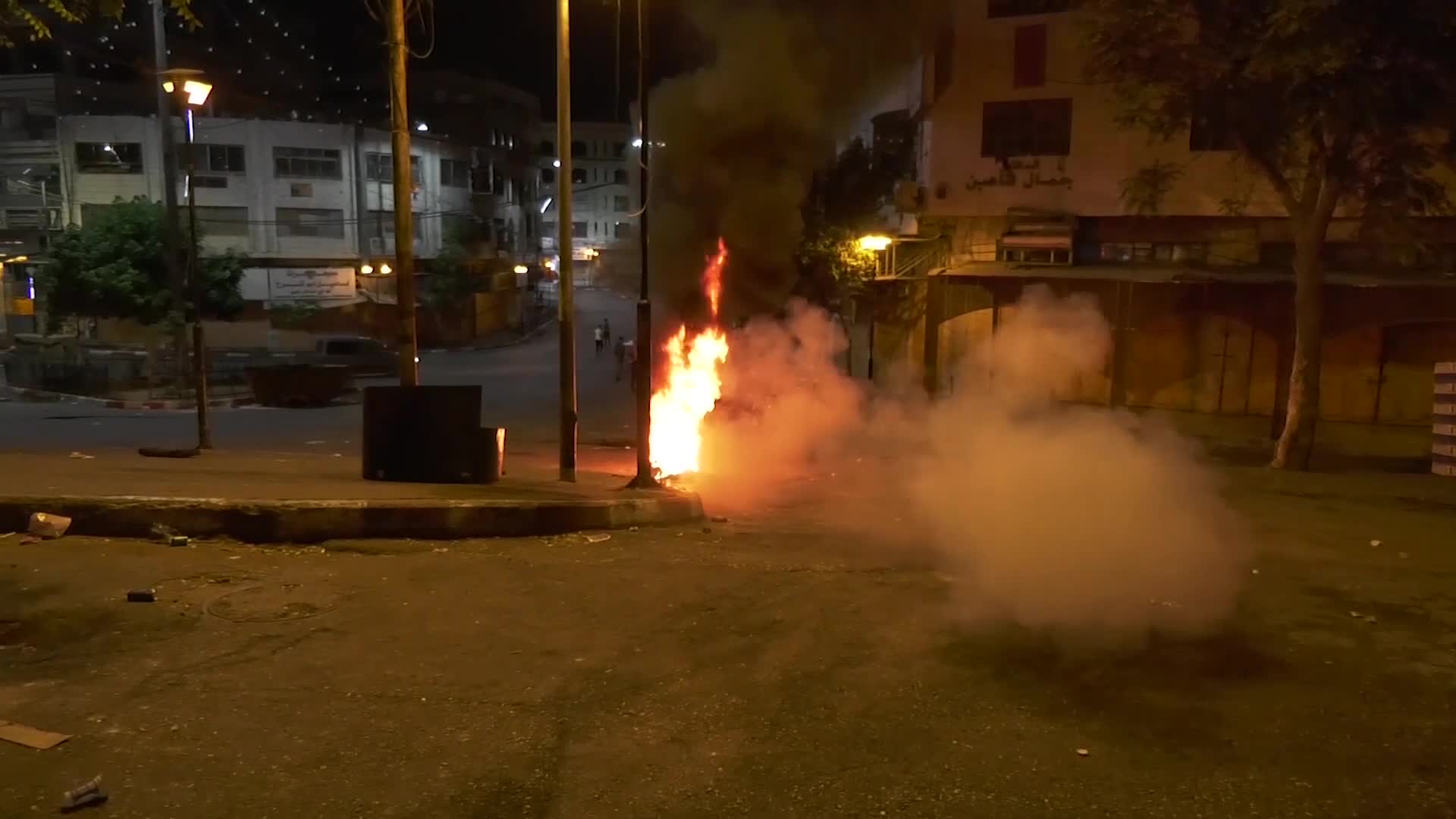 Dozens of Palestinian citizens clashed late Monday with Israeli forces near the Ibrahimi Mosque southern Hebron in the West Bank.

Clashes erupted with Israeli soldiers at an army-manned checkpoint south of the old town of Hebron, west of the Ibrahimi Mosque, during which the soldiers fired tear gas and sound bombs at the Palestinians causing dozens of suffocation cases due to inhaling the gas.

In Tubas, to the northern of West Bank, Israeli soldiers fired tear gas at students from the village of Tayaseer, north of Tubas, causing many suffocation cases.

The Red Crescent sources said that its crews treated at the village’s clinic more than 30 students suffering from suffocation.

Local sources said the soldiers raided the village in the morning and showered its school with tear gas causing the large number of suffocation cases among students and teachers.