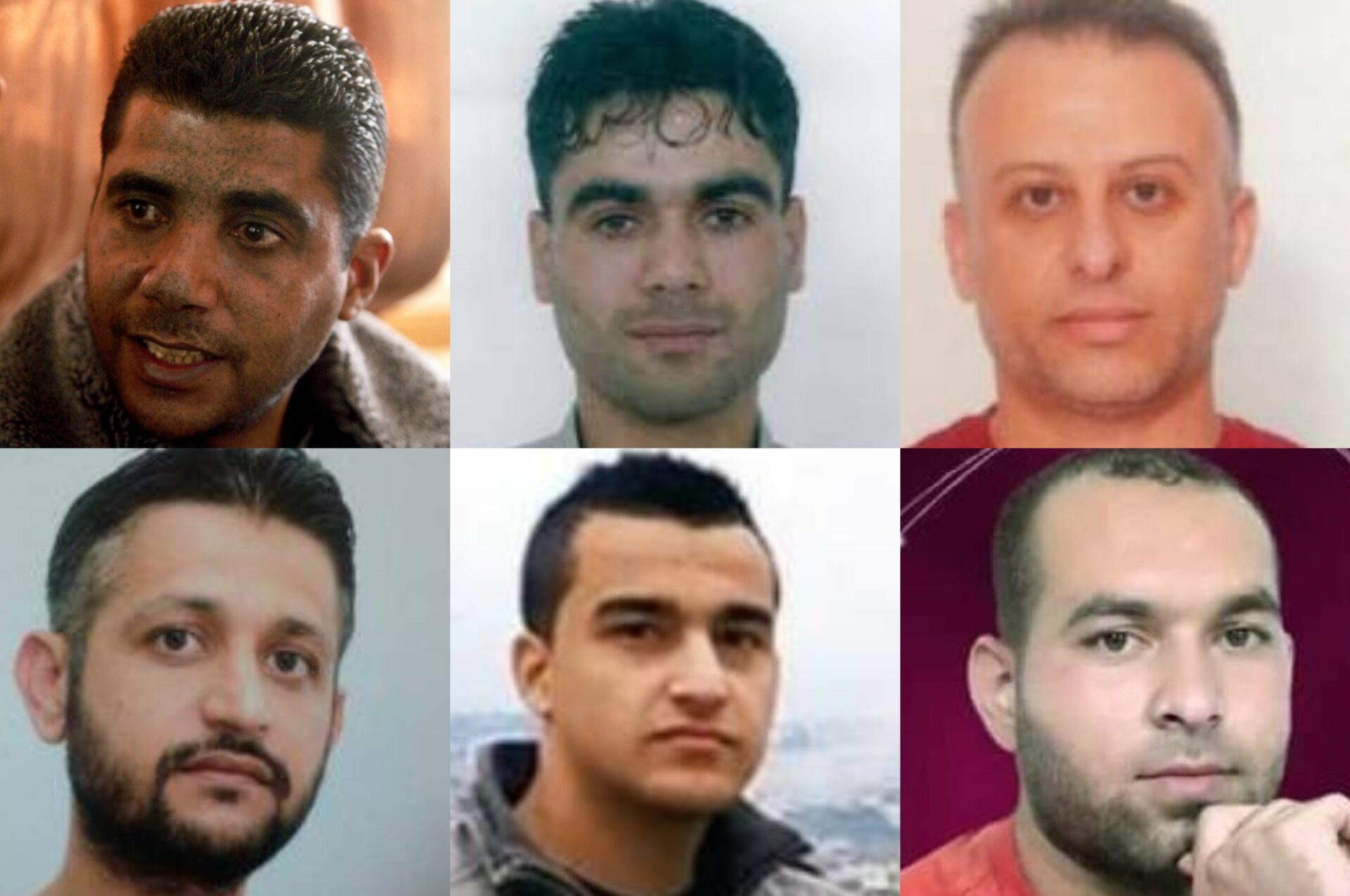 Hezbollah Secretary General Sayed Hasan Nasrallah hailed the escape operation of the six Palestinian prisoners who broke out of Gilboa jail despite all the Israeli security measures, stressing that it reflects the bravery and innovation of those who carried it out.

Speaking on Tuesday, Sayed Nasrallah stressed that the escape operation delighted all the honorable people and that the recapture of four of the prisoners does not mitigate its repercussions, calling for protecting the two remaining prisoners.

Israeli media announced early Saturday that two of the Palestinian prisoners who had broke out of the Israeli prison of Gilboa last week were caught by Israeli police in Nazareth.

The two were identified as Mahmoud Al-Arda, 46 years old, and Yaaqob Qadri, 49 years old. Both are from the northern West Bank province of Jenin, and are already serving life in prison.

Later the same day, two more of the six Gilboa prison escapees were caught this morning by the Israeli forces hours after two others were caught the night before.

The remaining two of the six prisoners who escaped from Gilboa on Monday remain at large.

On Monday, an Israeli court rejected a petition to allow a lawyer’s visit to four Palestinian prisoners recaptured by Israel following their breakout from prison last week, according to the Detainees and Ex-Detainees’ Affairs Commission.

It said its attorney has petitioned the Israeli District Court in Nazareth to allow him to visit the four prisoners – Zakaria Zubeidi, Mahmoud Arda, Mohammad Arda and Yacoub Qadri – in order to follow up on their condition and their place of detention. The four re-captured prisoners were among six who broke out of the highly-fortified Gilboa prison last Monday.

The Commission voiced its concern over the media blackout regarding the case of the four re-captured prisoners as it cautioned of vengeance against them.

Following the escape of the six prisoners, Israeli prisons’ administrations has escalated repressive measures and collective punishments against detained Palestinians.