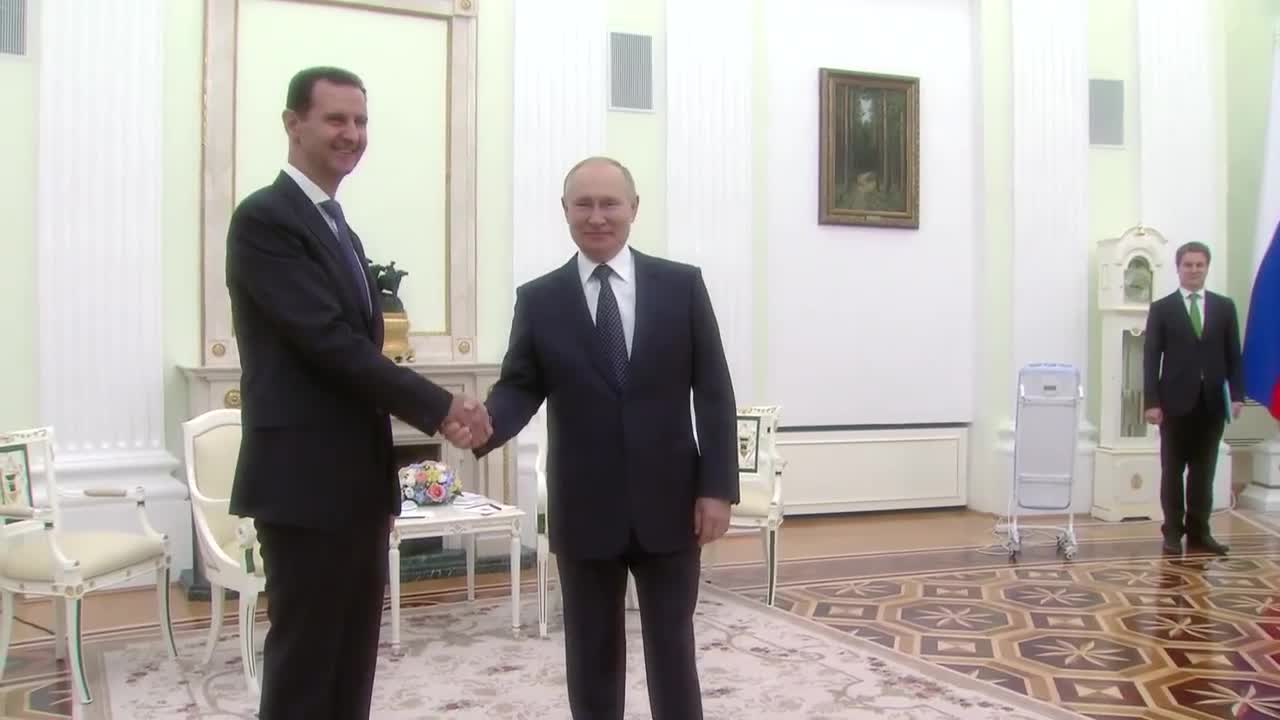 Russian President Vladimir Putin met Syrian President Bashar Assad, who had arrived in Russia on an unannounced visit, in the Kremlin on Tuesday.

During the meeting, Putin congratulated Assad on his victory in the presidential election in May, noting that Syrian residents now associate the return to normal life with their president.

“I am very glad to welcome you to Moscow again. And first of all I would like to congratulate you on your recent birthday,” Putin said at the beginning of the meeting.

“Of course, on a personal note – regarding the very good result of the presidential elections. The results indicate that people trust you and, despite all the difficulties of previous years and the tragedies of previous years, they still associate the process of recovery and return to a normal life with you,” the Russian president said.

The Russian President further noted that hotbeds of terrorism still remain in Syria, adding “Unfortunately, there are still hotbeds of resistance from terrorists who not only control some part of the territory, but also continue to terrorize civilians. Nevertheless, refugees are actively returning to the liberated areas.”

“I saw with my own eyes when I was in Syria at your invitation, as people are actively restoring their homes, actively working to return in the full sense of the word to a peaceful life,” Putin said.

The Russian strongman has also pointed out that joint efforts of Russia and Syria dealt a blow to terrorists and “terrorists have suffered very serious, significant damage” while the Syrian government, headed by Assad “controls 90% of the territory”.

For his part, Assad said that the Russian and Syrian armies “have achieved significant results not only in the liberation of the occupied territories seized by militants and in the destruction of terrorism, but also facilitated the return of refugees who were forced to leave their homes, to leave their homeland.”

“Considering the fact that international terrorism knows no borders, and spreads like an infection throughout the world, our armies, I can state, have made a huge contribution to protecting all mankind from this evil,” Assad added.