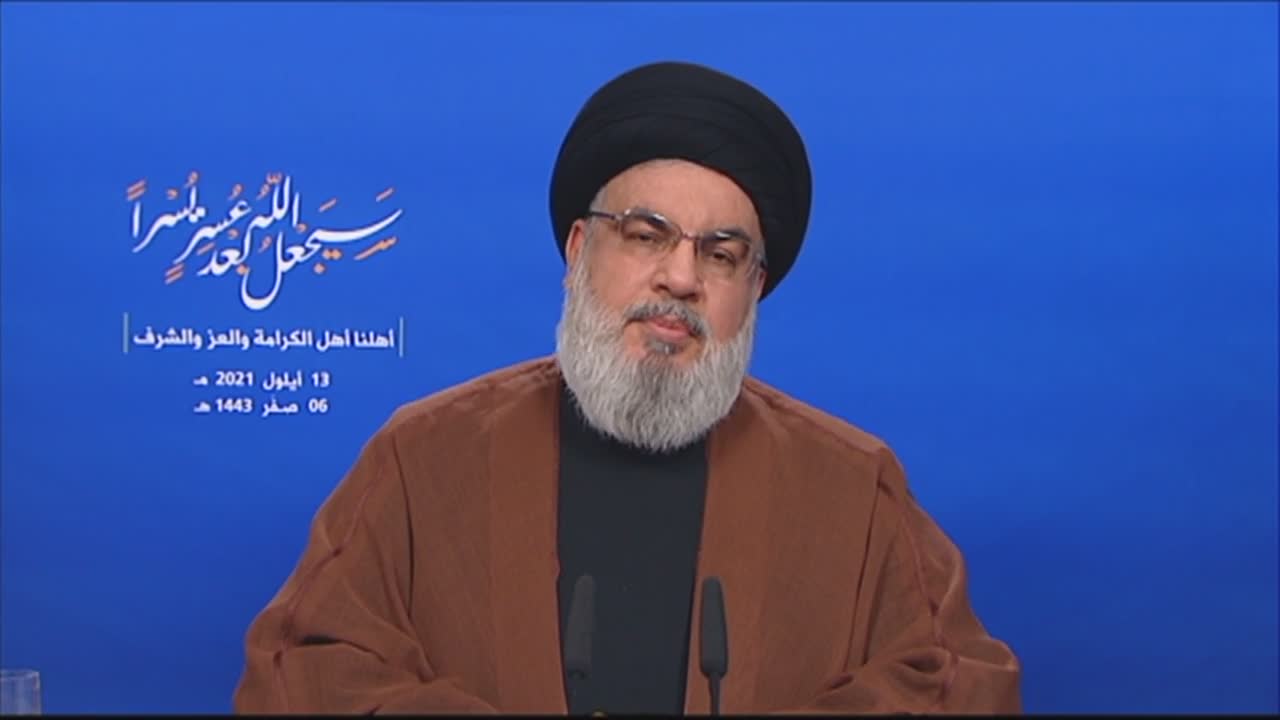 The diesel will be stored in specific tanks in Baalbeck city before distributing it over the various Lebanese areas, Sayed Nasralalh said on Monday in a televised address.

He explained that, regarding the destination of fuel ships, Hezbollah had either of two choices–the Lebanese oil facilities or the Syrian seaports.

Based on contacts withe several states, Hezbollah decided to importing the Iranian fuel via Syria, noting that the Syrian authorities welcomed and facilitated this move, he said.

Sayed Nasrallah noted that the second diesel ship will arrive in Banyas seaport in few days, adding that a third ship will bring gasoline from Iran to Lebanon and that Hezbollah has started to prepare importing a fourth oil tanker from the Islamic Republic.

In this regard, he clarified that Hezbollah does not aim at engaging in an economic competition with the Lebanese companies concerned with importing oil, stressing that the Resistance Party wants exclusively to relieve the socioeconomic agonies of the citizens ans the rest of residents in Lebanon.

Sayed Nasrallah noted that the Party does not want to impose its oil imports on the Lebanese, adding that only those interested can contact the concerned cadres in order to obtain the imported fuel.

In this context, Sayed Nasrallah explained that that Hezbollah will donate diesel over one month to the governmental hospitals, nursing and elderly centers, orphanages, centers of the disabled, state water companies, the municipalities in need of running well pumps, the Red Cross, and the Civil Defense.

The Secretary General added that diesel will be sold to the pharmaceutical and serums factories, mills, bakeries, supermarkets, and private power companies at a certain price which will be lower than the cost, adding that Hezbollah and Iran will bear a part of the financial burden in this regard.

Denying any intention to make financial profits out of the oil profits, Sayed Nasrallah stressed that the oil imports will be sold in exchange for the Lebanese pound.

Hezbollah is not costing the Lebanese treasury fresh dollars, he said, adding that the Party will increase gradually the oil supply in order to provide the maximum possible number of beneficiaries with the oil materials.

The companies which will benefit from this diesel must reduce the prices of the services so that the Lebanese people will suffer less from their costs, Sayed Nasrallah underscored, hilighting the importance of preventing the black market dealers from reaching the imported fuel.

Sayed Nasrallah further illustrated that Hezbollah will depend on Al-Amana company to distribute the diesel and gasoline because it has been already blacklisted by the US and accustomed with the sanctions, adding that more companies will be involved in the operation later.

He called on the Lebanese government to order the Lebanese Army and security forces to monitor and control the distribution of the subsidized oil materials in order to ban the black market dealers from benefiting from them.

He also thanked the Islamic Republic of Iran, Supreme Leader Imam Sayyed Khamenei and President Sayyed Raisi for their support in this file, expressing gratitude to the Syrian government as well for facilitating importing the Iranian fuel ships.

Meanwhile, Sayed Nasrallah clarified that Hezbollah could have imported a flotilla of oil tankers, but that it did not want provoke any other Lebanese part.

This explains why the movement of the first ship was not accompanied by an intensified media coverage despite the hostile propaganda which tried to frustrate all this project, he said.

Some political sides wished Israel could have struck the ship and banned its arrival, the Secretary General said, adding that the Resistance could have engaged in a naval confrontation with the Zionist enemy had this happened.

Sayed Nasrallah pointed out that the same deterrence formula, that protects Lebanon, protects the fuel ships from the Israeli enemy.

Despite the US threats and pressures, the oil ship arrived, and game is over, Sayed Nasrallah said.

He also highlighted that repercussions of Hezbollah decision to import the Iranian fuel, mentioning the US approval of the restoration of the Lebanese official ties with the Syrian government as well as the project aimed at importing the Egyptian gas and Jordanian electric power.

Sayed Nasrallah further noted that the arrival of the Iraqi fuel will help reduce the power shortage in Lebanon, thanking the Iraqi authorities for their aid.