Biden ‘Lost’ Upon Arrival in Israel, Says ‘What do I do now?’ 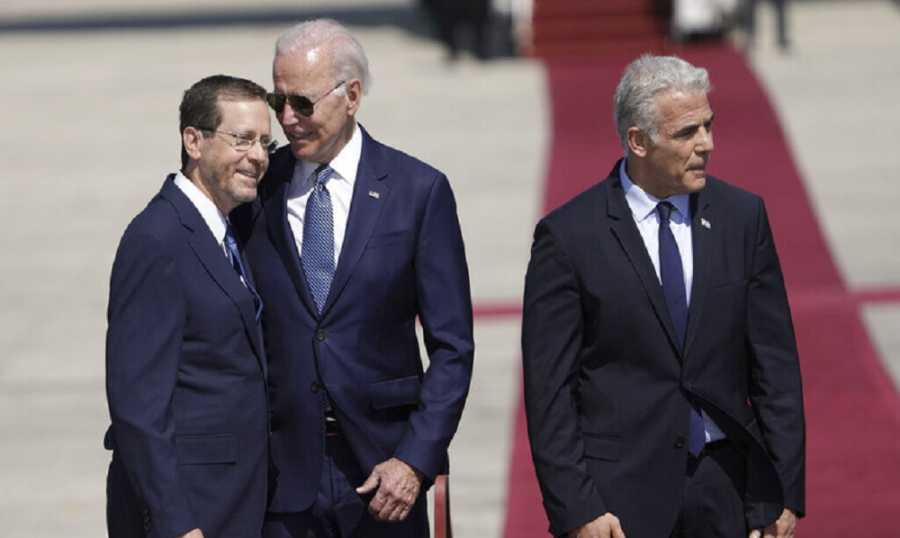 Activists on social media circulated videos of US President Joe Biden during his official reception ceremony held upon his arrival in Israel on Wednesday in which he wonders what he will do.

Biden said “What am I going to do now?” to a number of people around him pointing to the red carpet, meaning that he should walk on it now.

New polls showed that 64% of Democrats want a new candidate to replace Biden in 2024, while 46% of American voters stressed that he should not run again.

US President Joe Bidenhttps://www.unews.com.lb/en/archives/14/07/2022/37720/ has arrived for a two-day visit to Israel amid hopes for breakthrough in Israel-Saudi normalization.

Biden opened his trip to Israel on Wednesday where his 48-hour visit kicked off at Ben-Gurion Airport. Biden was greeted on the tarmac by Israeli Prime Minister Yair Lapid, alternate Prime Minister Naftali Bennett, and Israeli President Isaac Herzog in a state ceremony.

“I am proud to say that our relationship with the State of Israel is deeper and stronger, in my view, than it has ever been,” Biden said during the ceremony.

“With this vision, we’re strengthening our connections even further. We’ve reaffirmed the United States’ unshakeable commitment to Israel’s security, including partnering with Israel on the most cutting-edge defense systems in the world.”