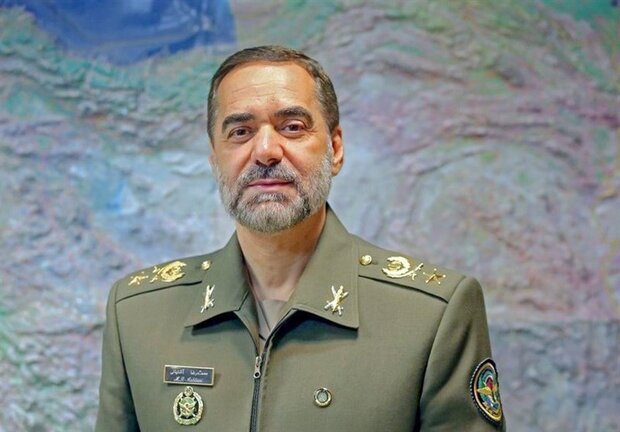 Iran defense minister has told his Japanese counterpart that the foreign powers’ military presence in the region is illegitimate and undermines regional security.

The Ministers of Defense of the Islamic Republic of Iran and Japan held a virtual conversation to stress the expansion of cooperation between Tehran and Tokyo.

Iran’s Minister of Defense Brigadier-General Mohammad Reza Ashtiani stressed the sensitivity of and the importance of the geographical location of both the Islamic Republic of Iran and Japan in important regions of West and East Asia and described the development of relations between the two countries within the framework of peace and stability as positive and constructive.

Referring to Islamic Republic of Iran’s defense doctrine and policy, he considered collective cooperation among the countries of the region as necessary to ensure and maintain security and stability.

Brigadier General Ashtiani further explained the unique features of important areas of the Persian Gulf and the Strait of Hormuz, especially from a strategic point of view and explained Iran’s approach to the necessity of maritime security in the region.

He also described the presence of foreign forces in the region as illegitimate which undermines the security in the region.

Nobuo Kishi, the Japanese minister of defense, for his part, stressed the need for cooperation with the Islamic Republic of Iran in ensuring maritime security, after stating how his country’s navy operates in the West Asian region.

The two sides discussed ways to develop bilateral relations at the end of the virtual meeting.