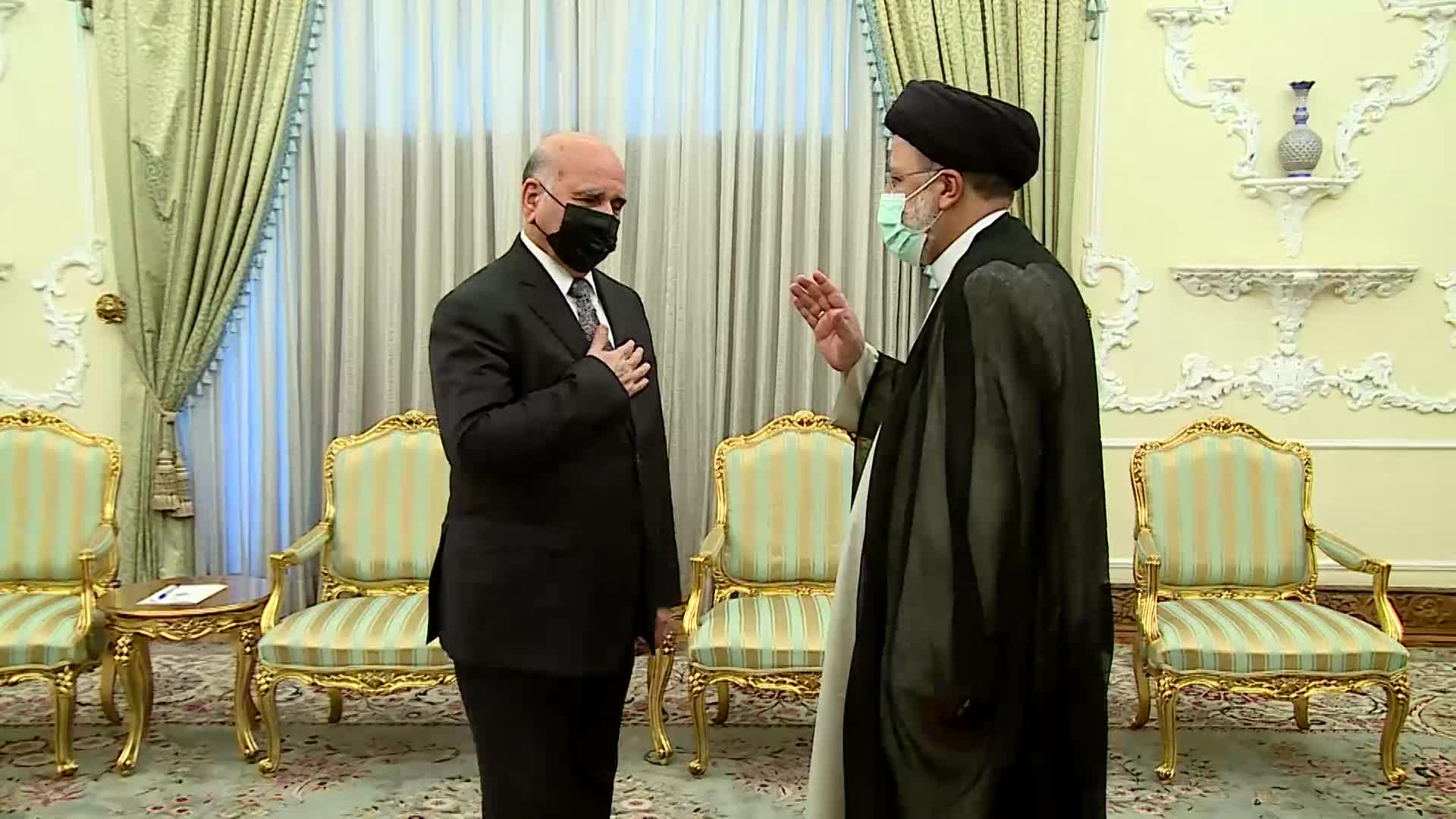 Iranian President Ebrahim Raisi stressed that the Iran-Iraq relations are beyond normal neighboring relations, adding that Iran’s will is to maximize strengthening the brotherly relations with Iraq.

Raisi on Thursday held a meeting with the visiting Iraqi Foreign Minister Fuad Hussein and his accompanying delegation to discuss regional issues, as well as Tehran-Baghdad relations.

The Islamic Republic of Iran has always supported and will support the territorial integrity of Iraq and the unity among all ethnic and religious groups in Iraq, the Iranian president said.

Raisi further cited that Iran has proved its brotherhood towards its neighbors in practice and has been a friend to them during the times of war and called on the neighboring countries to be vigilant against the conspiracies of the enemies.

“The Islamic Republic of Iran is closely monitoring the movements by the Zionist regime, and cooperation with this child-killing regime cannot be concealed, and we will not allow them to endanger the security of the region with their in any country, including Iraq,” he said.

“The security of Iraq must be created by the Iraqis themselves, and the presence of foreigners in Iraq does not bring security,” he added.

He also called for the faster implementation of the Shalamcheh-Basra railway, as well as facilitating the travel for Iranian pilgrims to Iraq, describing it as in line with the economic and social interests of the two nations.

Fuad Hussein, for his part, emphasized Iraq’s commitment to strengthening the level of cooperation with Iran in various bilateral, regional and international levels.

“Iraq considers itself not only a neighbor but also an ally and friend to the Islamic Republic of Iran,” Hussein asserted.

Saying that his country will never be a place for actions against the security of Iran, the Iraqi foreign minister added that Iraq is ready to cooperate with Iran extensively, including in the field of security, to prevent any threat to the interests of the Islamic Republic of Iran.