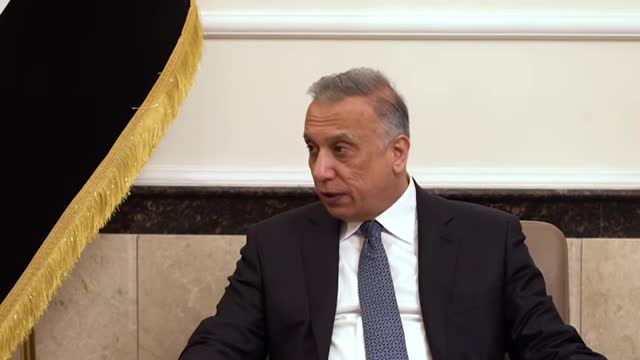 Al-Kadhimi received today, the Ambassador of the Republic of China in Baghdad, Zhang Tao, on the occasion of the end of his duty in Iraq.

The prime minister praised the efforts of the Chinese ambassador during the period of his duties in Iraq.

Al-Kadhimi praised the level of bilateral relations between the two friendly countries, stressing Iraq’s aspiration to develop it.

He further stressed “the government’s keenness to activate the Iraqi-Chinese framework agreement, and the high coordination between the two countries in implementing all of its items”.

Al-Kadhimi expressed “the Iraqi government’s welcome to Chinese companies, providing the necessary facilities for it, and overcoming the obstacles”.

For his part, the Chinese Ambassador Zhang Tao confirmed “his government’s support for Iraq and its aspiration to develop relations between Baghdad and Beijing at various levels, in a manner that achieves the interests and aspirations of the peoples of the two friendly countries”.