Egypt’s Speaker of Parliament, Bahrain King Call for Stability and Security in the Arab Gulf 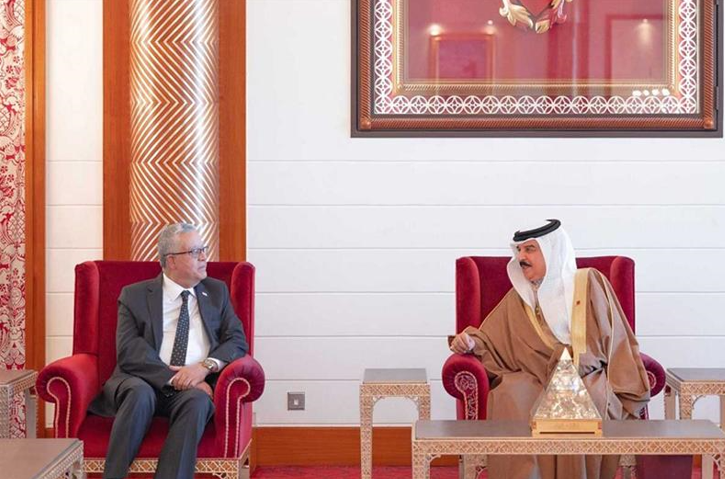 Egypt’s Speaker of Parliament Hanafy El-Gebaly and King of Bahrain Hamad Bin Eissa met on Sunday and stressed that relations between the two countries are deep and strong at all fronts.

Speaker El-Gebaly said Egypt highly appreciates the role of King Hamad Bin Eissa in preserving the security and stability of the Arab Gulf, adding that Egypt is committed to supporting the brotherly Kingdom of Bahrain in standing up to all dangers which might threaten its stability.

The speaker uderlined that Egypt strongly rejects any kind of interference in its internal affairs.

El-Gebaly also said that Egypt and Bahrain call for maintaining stability and security in the Arab Gulf and safeguarding it against any foreign threats.

For his part, King Hamad Bin Isa of Bahrain expressed his high appreciation for speaker El-Gebaly’s visit to Bahrain as it reflects the strength and depth of Egyptian-Bahraini relations.

“Bahrain has always been keen to reinforce its historical relations with Egypt at all levels,” King Hamad Bin Isa said.