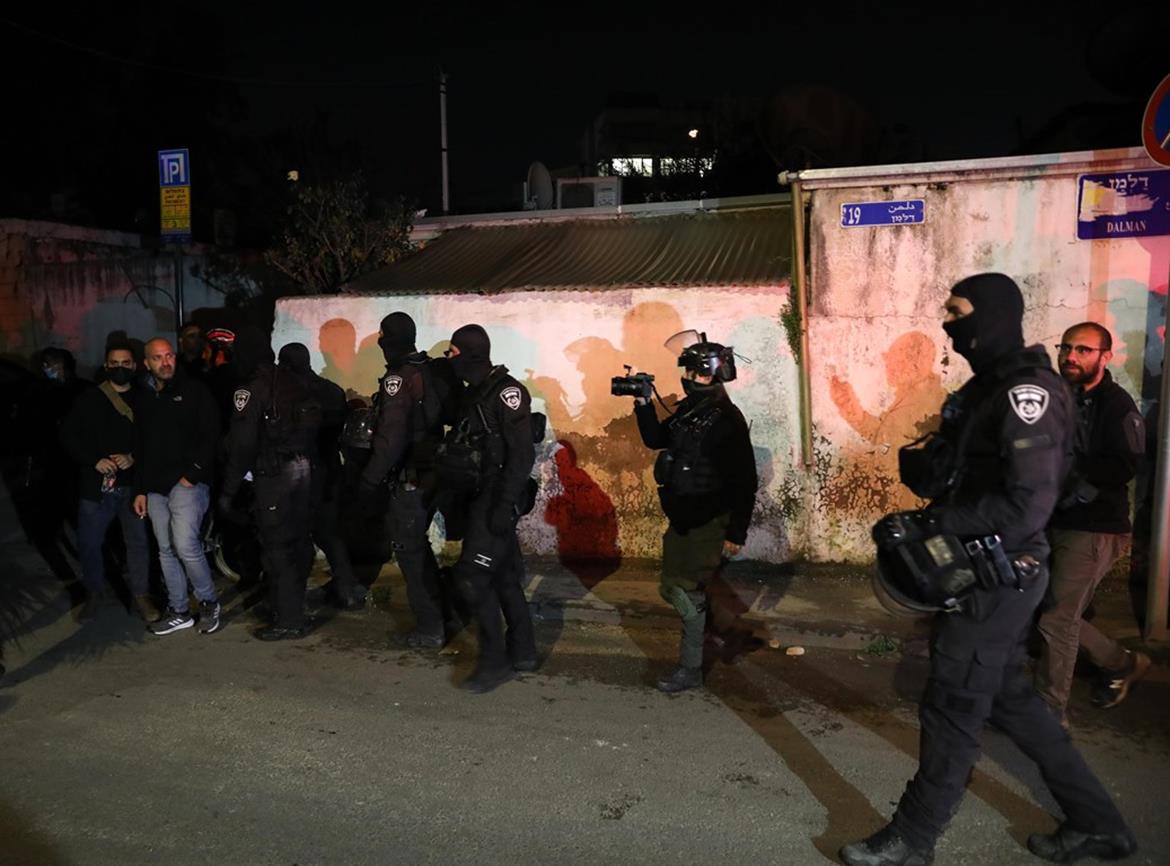 Israeli forces also chased activists in the vicinity of the Salem family’s house, threatened them with imminent expulsion.

The forces also evacuated the surroundings for settlers and extremist Knesset member Itamar Ben Gvir, assaulting the families and activists with rubber-coated metal bullets, tear gas and sound bombs, which led to the injury of dozens, and the arrest of seven people.

Clashes between Palestinian residents and extremist Jewish settlers broke out east Sheikh Jarrah neighborhood as a notorious Israeli lawmaker reopened his office in the area under police protection.

According to local sources, a horde of settlers stormed Sheikh Jarrah neighborhood to participate in the reopening of a makeshift office for Knesset member Itamar Ben Gvir, head of the far-right Otzma Yehudit (Jewish Power) party, on a piece of land belonging to a Palestinian family.

Dozens of violent settlers set up a tent on the Salem family’s land, who is facing imminent expulsion, and clashed with residents and activists, injuring 73-year-old owner Fatima Salem.

Settlers scuffled with the residents and used pepper spray as chairs were being hurled by both sides before Israeli police forces stepped in to protect the settlers.

Soon later, Ben-Gvir joined the settlers in the tent where he reopened his office, claiming that Jews are “the landlords”.

On Saturday, he announced his intent to reopen his office in Sheikh Jarrah on a plot of land belonging to the Salem family that was appropriated by a settler group last month.

Settlers then reached the house of the Salem family and assaulted women and children with pepper spray, local sources said

Meanwhile, Israeli police forces attacked the local residents and showered them with stun and tear gas grenades in the ensuing confrontations last night, according to Palestinian media.

The Salem family has been fighting for decades in courts against settler claims over their home.