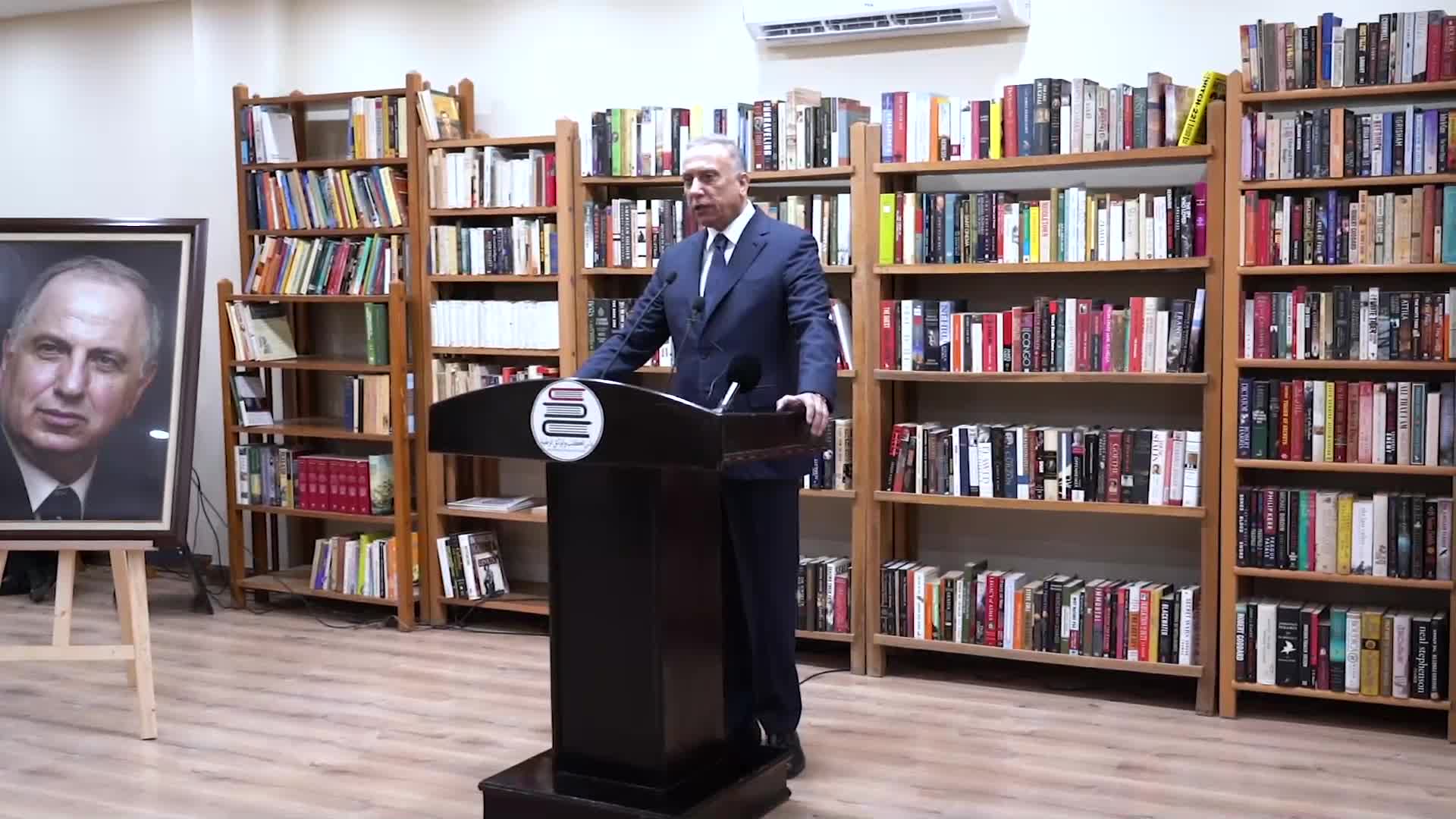 Iraq’s Prime Minister Mustafa Al-Kadhimi stressed the need to work on establishing a new national vision through culture, while noting that Iraq is still standing on its feet despite all challenges.

Al-Kadhimi visited on Sunday the House of Books and Documents in the capital, Baghdad.

The prime minister inaugurated the hall of the late Dr. Ahmed Chalabi which included valuable books, collectibles, documents and paintings that the late family had initiated to donate it to the house.

In his speech during the opening ceremony, Al-Kadhimi praised the initiative, calling on “cultural and political figures to follow the example of this initiative, and to be part of the enrichment of Iraqi culture, and part of the Iraqi memory.”

Al-Kadhimi added that “it is important to work today to establish a new national vision through culture and care for it,” noting that “if the late Chalabi was alive, he would have witnessed the government’s attempts to build this new stage and proceed on the path of reform, and its adoption of the economic reform paper that received the attention and praise of the international community with it”.