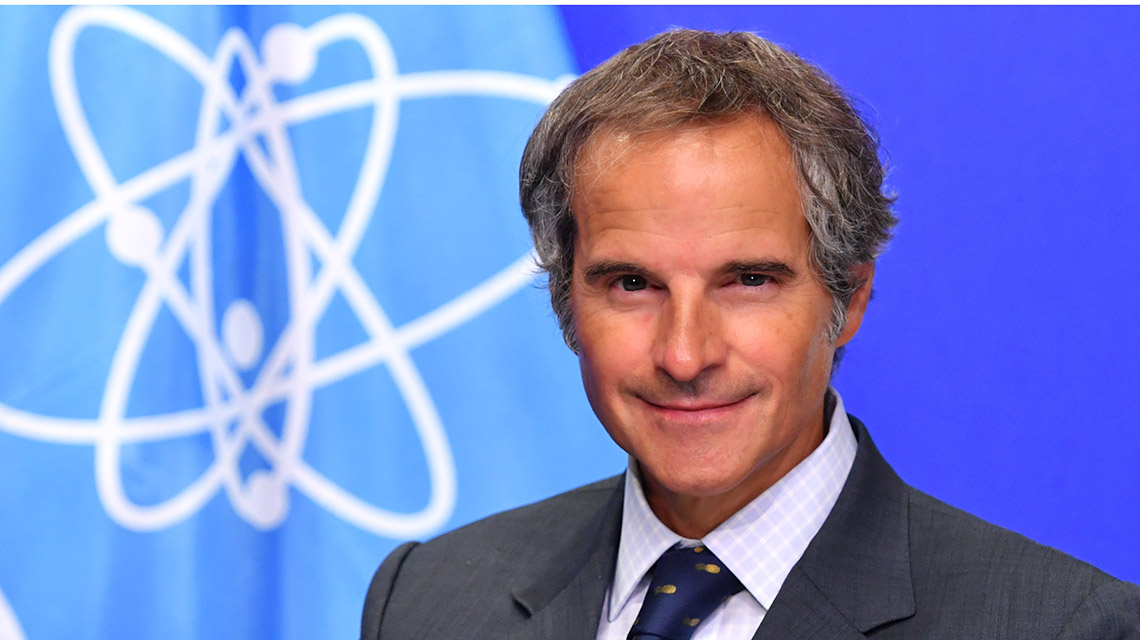 Director General of the International Atomic Energy Agency (IAEA) Rafael Grossi said his visit to Tehran is “constructive,” adding that the two sides are heading towards resolving differences.

Following his one-day trip to Tehran and upon his arrival in Vienna, Austria, Grossi underlined that the new consensus is not the finalized solution, but it is a tact in order to buy time to promote diplomacy.

He stressed that he does not see the consensus as a long-term solution; however, he will inform other members of the IAEA Board of Governors of the result of his negotiations in Tehran to weigh their future moves.

The director of the UN atomic watchdog also noted that he managed to reach an agreement with the Iranian officials on the critical issue of preventing the loss of data of Iran’s nuclear program particularly on heavy water, rotors, centrifuges and uranium enrichment, which is an important achievement.

Depicting his talks with new head of the Atomic Energy Organization of Iran Mohammad Eslami as frank and constructive, Grossi said that the IAEA is always seeking to create solution. Now there is one way ahead and other meetings will be held.

He further said that his connection with Iran was cut off in a juncture, but the most recent visit to Tehran restored the connection.

The agreement with the previous Iranian administration should be abided by the new administration, as well, in order to make it possible for the remaining issues to be resolved, he added.

He also said that after the sessions in Vienna, he would return to Tehran to hold talks with top Iranian officials to speak about concerning issues and resolve problems.

Grossi and Eslami signed a joint communiqué on Sunday after which Tehran allowed the IAEA inspectors to service surveillance cameras at the Iranian nuclear sites and to substitute flash memories, which will be maintained in Iran.

Within the framework of existing interactions, both sides decided to continue holding talks at relevant levels, the statement said.