Iran | Foreign Ministry on Afghanistan: A way leading to fratricide is not correct 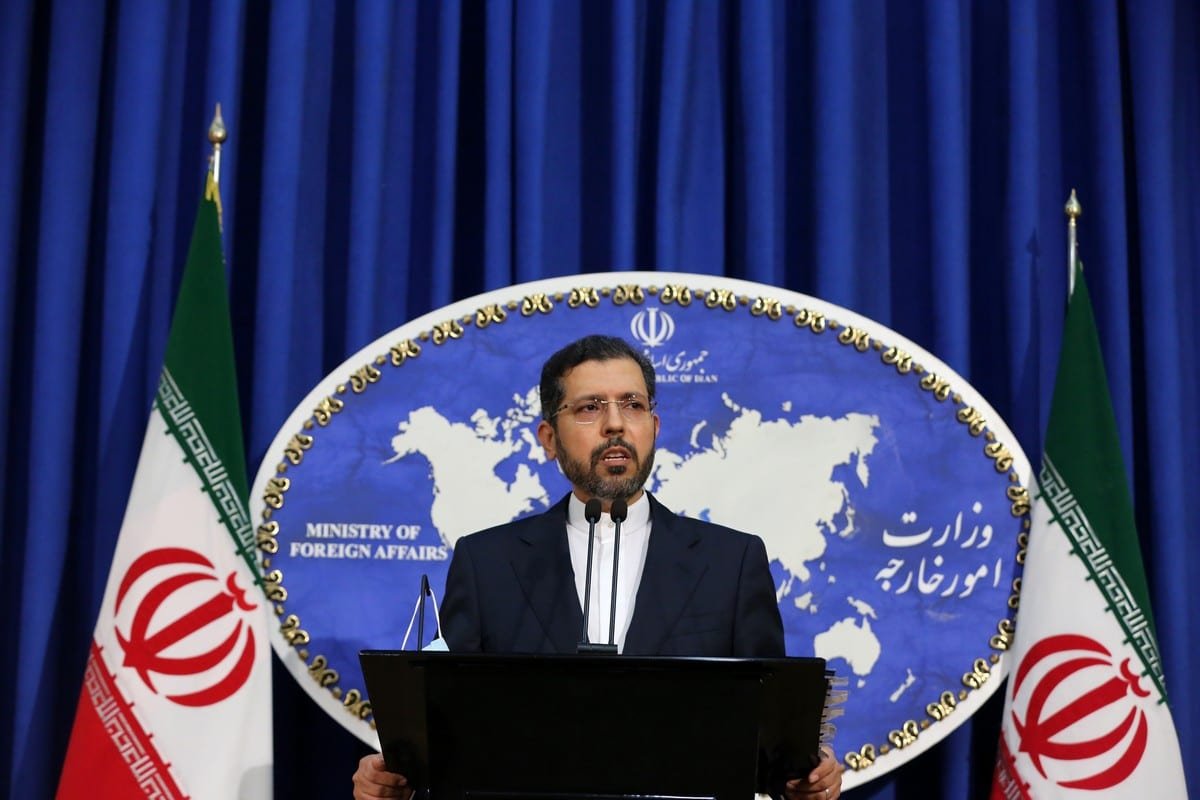 The spokesman for the Iranian Foreign Ministry Saeed Khatibzadeh commented on the latest developments in Afghanistan, noting that Iran believes that a way leading to fratricide is not correct.

“War and aggression are not [proper] solution” Khatibzadeh said on Monday at his weekly press conference.

Afghan people do not accept presence of foreign forces in their soil, he noted, adding that regional and extra-regional sides should facilitate intra-Afghan talks.

Asked if Taliban’s invitation of Iran to attend ceremony on the beginning of their government in Afghanistan means recognition of them, the spokesman said that it is soon to talk about the issue.

Touching upon the Sunday agreement between Iran and the International Atomic Energy Agency (IAEA), the spokesman said communications between the two sides are normal and technical.

As long as unpolitical and undiscriminating aspects are preserved, Iran follows up its relations [with the Agency] seriously, he noted.

He described the Sunday visit of Director General of the IAEA Rafael Grossi to Tehran as successful.

The visit, which took place on the eve of the IAEA Board of Governors meeting, was within the framework of some issues related to both sides, he underlined, adding that the issues have not been and are not new.

The spokesman also said the two have decided to continue cooperation within the framework of technical ties and without interference of others.

Also, Head of Atomic Energy Organization of Iran (AEOI) Mohammad Eslami is planned to be present in the IAEA general conference in the future; and Mr Grossi is scheduled to have more regular visits to Iran, Khatibzadeh added.

He went on to say that the IAEA chief is to have a visit to Tehran after the forthcoming Board of Governors meeting. Both sides are doing this with goodwill, he stressed.

The IAEA will take its measures without having access to the cameras installed at the Iranian nuclear sites, he said, adding that memory cards in the cameras are full and they will be replaced without the IAEA’s access.

Turning to the issues of import of COVID-19 vaccines, the spokesman said that the country has no red lines in it.

He added that despite the sanctions and pressures, meeting the people’s needs is the main duty.

Also about military drills conducted by Turkey and Azerbaijan in the Caspian Sea, Khatibzadeh said agreement between five littoral states has stressed illegitimacy of military presence of any country in the Sea except the five- Iran, Azerbaijan, Kazakhstan, Russia, and Turkmenistan.

At the end, the spokesman described the statement issued by the four-member committee of the Arab League against Iran as boring and old-fashioned.