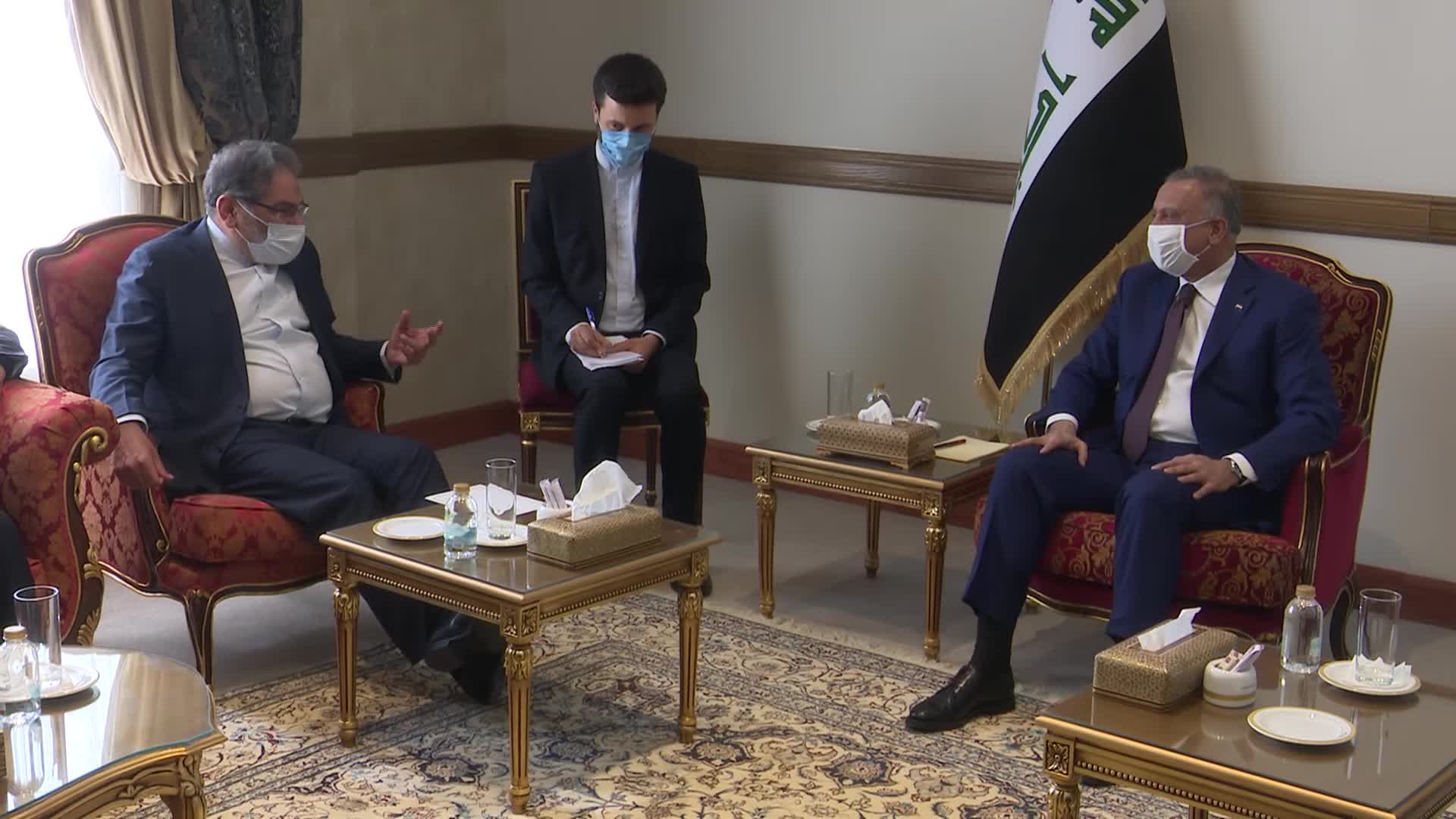 Secretary of Iran’s Supreme National Security Council Ali Shamkhani called for the immediate disarmament and expulsion from Iraq of the terrorist groups stationed in the Iraqi Kurdistan Region.

In a meeting with Iraqi Prime Minister Mustafa al-Kadhimi in Tehran on Sunday, Shamkhani said the increasing moves by terrorist groups based in the Iraqi Kurdistan Region are detrimental to security in regions along the two countries common border, emphasizing that such groups must be rapidly disarmed and expelled from Iraq.

Shamkhani also pointed to the cooperation of some compromising regional countries with the Israeli regime, saying, “Such measures, which are taken within the framework of the new US national security doctrine, will not only fail to help establish security and stability, but will escalate the crisis and intensify insecurity in the region.”

He noted that 20 years of the catastrophic occupation of Afghanistan by the US proved that the American presence and intervention in the region has no result but increased instability and insecurity as well as greater material and spiritual damage to regional people, Press TV reported.

The Iranian official stressed that regional nations have suffered a heavy cost to end the US presence in the region, saying that the Iranian and Iraqi people as well as the resistance front still demand the punishment of perpetrators behind the assassination of their top anti-terror commanders, that is, Iran’s Lieutenant General Qasem Soleimani and deputy commander of Iraq’s Popular Mobilization Units, Abu Mahdi al-Muhandis.

The Iraqi prime minister, for his part, said Iran plays a leading and strategic role in the fight against terrorism, particularly Daesh terrorist group, adding that his country would never forget the support and sacrifices of the Iranian government, people and the Armed Forces when Iraq was in dire straits.

Kadhimi added that the Iraqi people and government will always stand by Iran in dealing with problems and difficulties.