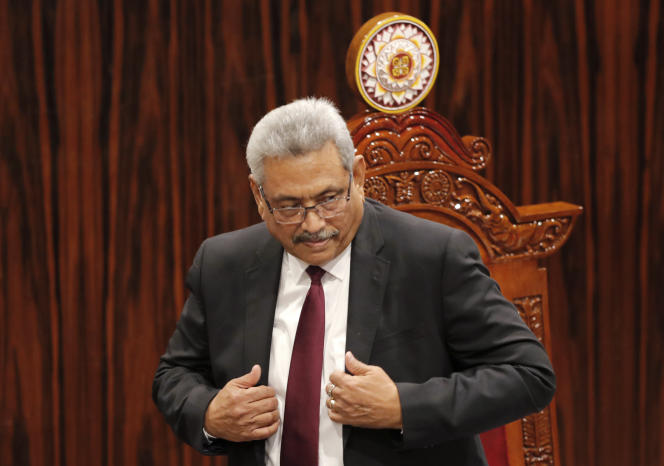 Sri Lankan Prime Minister Ranil Wickremesinghe was appointed to be acting president as incumbent Gotabaya Rajapaksa was overseas, the parliamentary Speaker announced Wednesday as thousands of protesters demanded both men step down.

“Because of his absence from the country, President Rajapaksa told me that he has appointed the prime minister to act as the president in line with the constitution,” Mahinda Yapa Abeywardana said in a brief televised statement.

The country has also declared a state of emergency. Police said they were imposing an indefinite curfew across the Western Province, which includes the capital Colombo, to contain growing demonstrations.

Rajapaksa had promised at the weekend to resign on Wednesday and clear the way for a “peaceful transition of power” after fleeing his official residence in Colombo just before tens of thousands of protesters overran it.

As president, Rajapaksa enjoys immunity from arrest, and he is believed to have wanted to go abroad before stepping down to avoid the possibility of being detained.