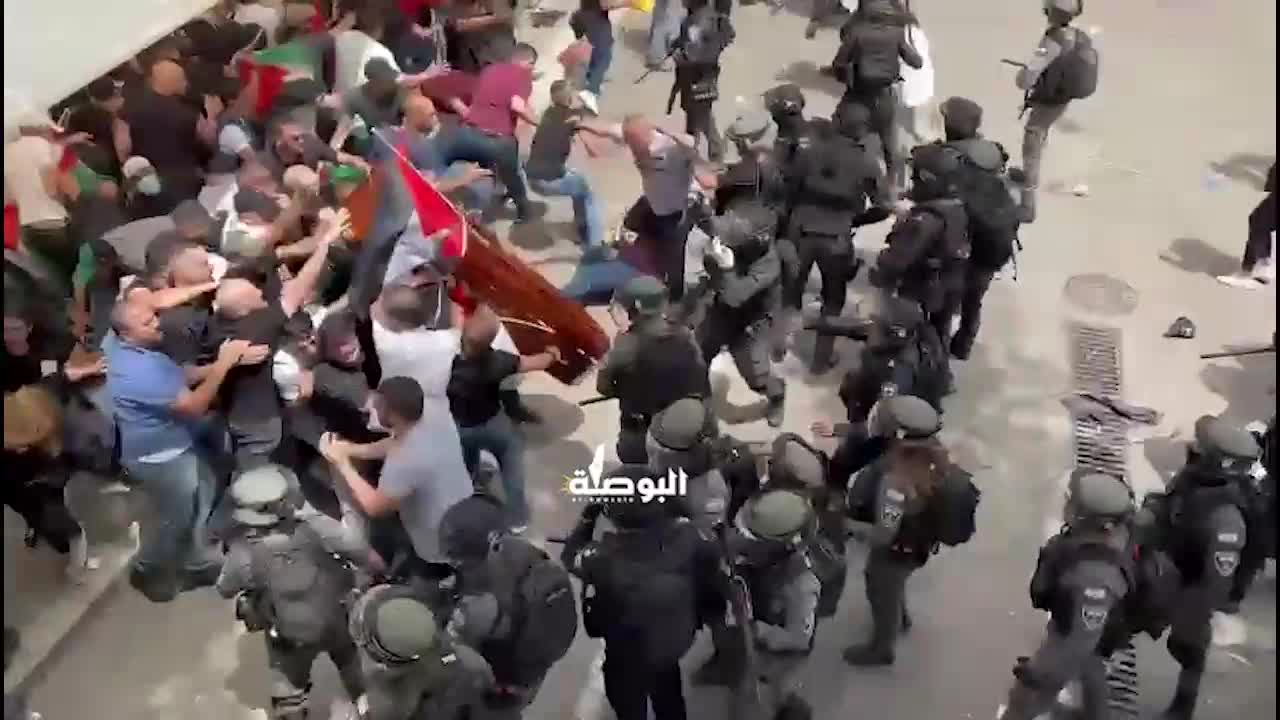 Israeli police attacked the funeral convoy of murdered Al Jazeera journalist Shireen Abu Akleh as Palestinian mourners carried her coffin on their way to the church.

Heavy Israeli forces cordoned off Saint Joseph Hospital, where the body of Shireen Abu Akleh is kept, setting up barricades at the hospital entrances and along the roads where her funeral procession is pass, not allowing Palestinian vehicles or pedestrians to pass.

Police on horseback and scores of heavily-armed police afterwards stormed the hospital premises and attacked dozens of mourners who were shouting slogans condemning the Israeli occupation and raising Palestinian flags.

Police attacked with clubs mourners carrying the coffin, draped in a Palestinian flag, on their shoulders to the Cathedral of the Annunciation of the Virgin in the Old City, where her funeral is set to take place, beating them mercilessly and showering them with skunk water before ultimately allowing a funeral vehicle to carry the coffin without being accompanied by the extraordinary number of mourners.

Police also prevented young men from hanging up Abu Akleh’s picture along banners condemning her killing at the external walls of the church.

Thousands of mourners are attending the funeral service taking place today, Friday, before Abu Akleh is taken to the Mount Zion Cemetery, where she will be buried alongside her deceased parents in the next few hours.