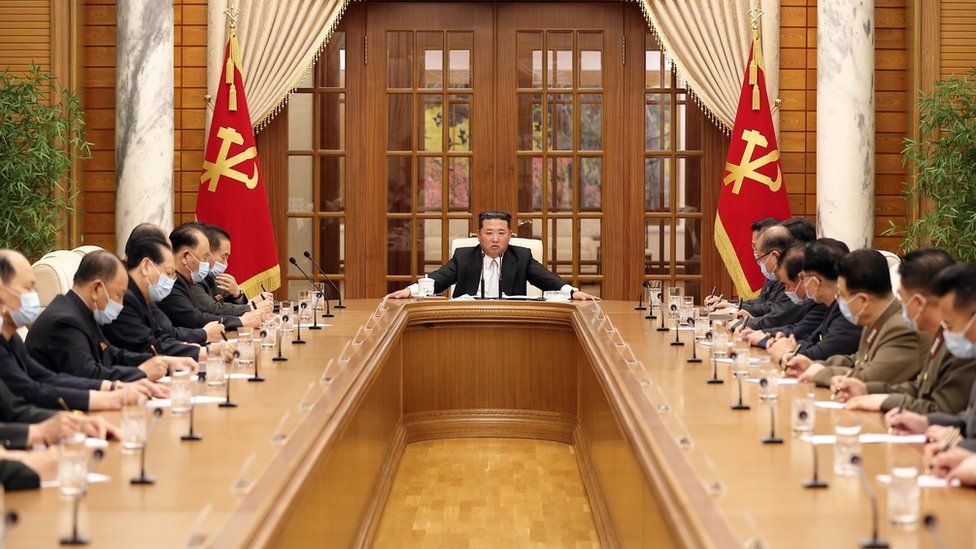 The country had never admitted to a case of Covid-19 and the government had imposed a rigid coronavirus blockade of its borders since the start of the pandemic in 2020.

Top officials, including leader Kim Jong Un, held a crisis politburo meeting on Thursday to discuss the outbreak and announced they would implement the “maximum emergency epidemic prevention system”.

Kim “called on all the cities and counties of the whole country to thoroughly lock down their areas,” KCNA reported, although details of the restrictions were not immediately given.

Kim told the meeting that the goal was to “quickly cure the infections in order to eradicate the source of the virus spread,” according to KCNA.

Kim added that North Korea will “overcome the current sudden situation and win victory in the emergency epidemic prevention work”.

It was unclear from the KCNA report how many Covid infections had been detected.

North Korea’s crumbling health infrastructure would struggle to deal with a major outbreak, with its 25 million people not believed to be vaccinated, experts say.

“For Pyongyang to publicly admit omicron cases, the public health situation must be serious,” Leif-Eric Easley, a professor at Ewha University in Seoul said.

“Pyongyang will likely double down on lockdowns, even though the failure of China’s zero-Covid strategy suggests that approach won’t work against the Omicron variant.”