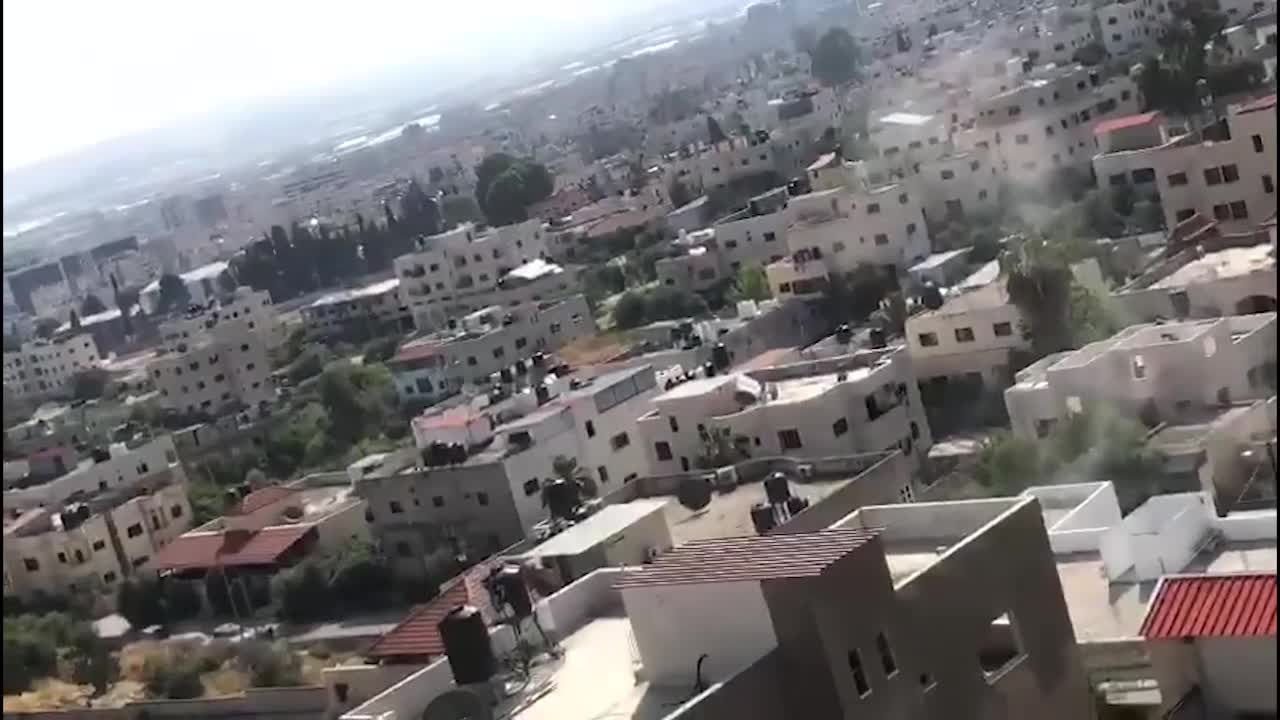 Palestinian media said the Israeli forces hit on Friday morning a house with missiles and injured at least ten Palestinian youths on the outskirts of Jenin refugee camp.

The soldiers escorted a bulldozer to al-Hadaf area, where the house is located, and prevented medics from reaching the targeted house.

Following the raids, Palestinian Resistance fighters engaged in fierce clashes with Israeli forces in the Camp.

The injuries were evacuated to Ibn Sina Hospital for urgent treatment.

Al-Zubeidi, 40, sustained critical injuries in the abdomen as confirmed by the hospital manager Gani Jokha.

The soldiers deliberately rammed one of the military vehicles into a young man, inflicting injuries across his body. The man was also rushed to the hospital.

Locals also said that Israeli soldiers opened fire at an ambulance in the camp. The soldiers ultimately detained two members of al-Bib‘i family on the outskirts of the camp.