Israeli Forces Detain at Least 14 Palestinians Across the West Bank 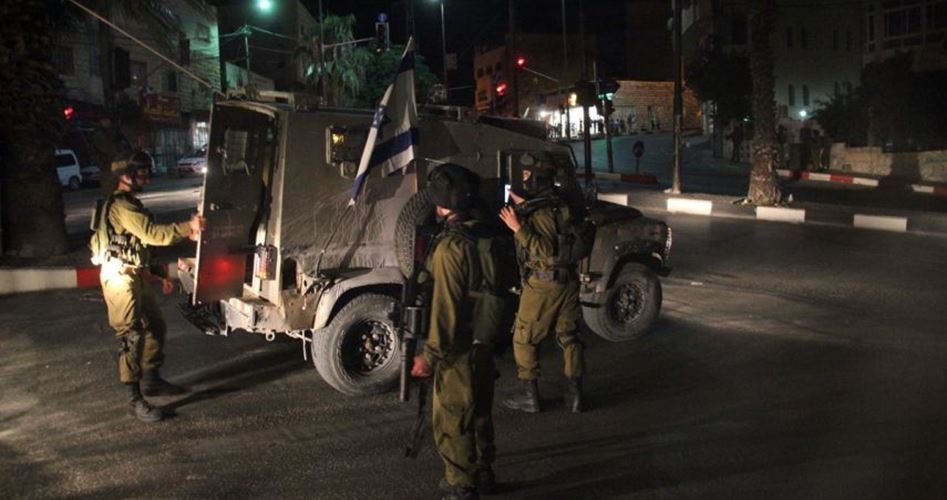 Israeli occupation forces launched on Wednesday a new raid and search campaign across the West Bank detaining at least 14 Palestinians.

According to the Asra Media Office, Israeli forces arrested three Palestinians in Jenin, two others in Jerusalem, two in Nablus, four in al-Khalil, and three brothers in Ramallah.

Several homes were also stormed and searched during the arrests, the source added.

The PIC reporter further pointed out that an injured minor was also detained in al-Khalil.

Meanwhile, a Palestinian journalist was shot and injured by a rubber-coated metal bullet while covering the IOF raid in Beituniya town, west of Ramallah.

Another Palestinian young man was shot in the leg as clashes broke out in Bir al-Basha village, south of Jenin. Six other locals were detained during the clashes.

The IOF often carries out detention raids against Palestinians in the West Bank and Jerusalem, claiming to arrest wanted Palestinians.

Over the past year, Israeli forces carried out 4,084 raid campaigns across the West Bank and Jerusalem and arrested 5,286 Palestinians from different parts of the occupied Palestinian territories.

Israel currently holds 4,650 Palestinians, including 34 women, 160 children, and 500 administrative detainees in its jails.