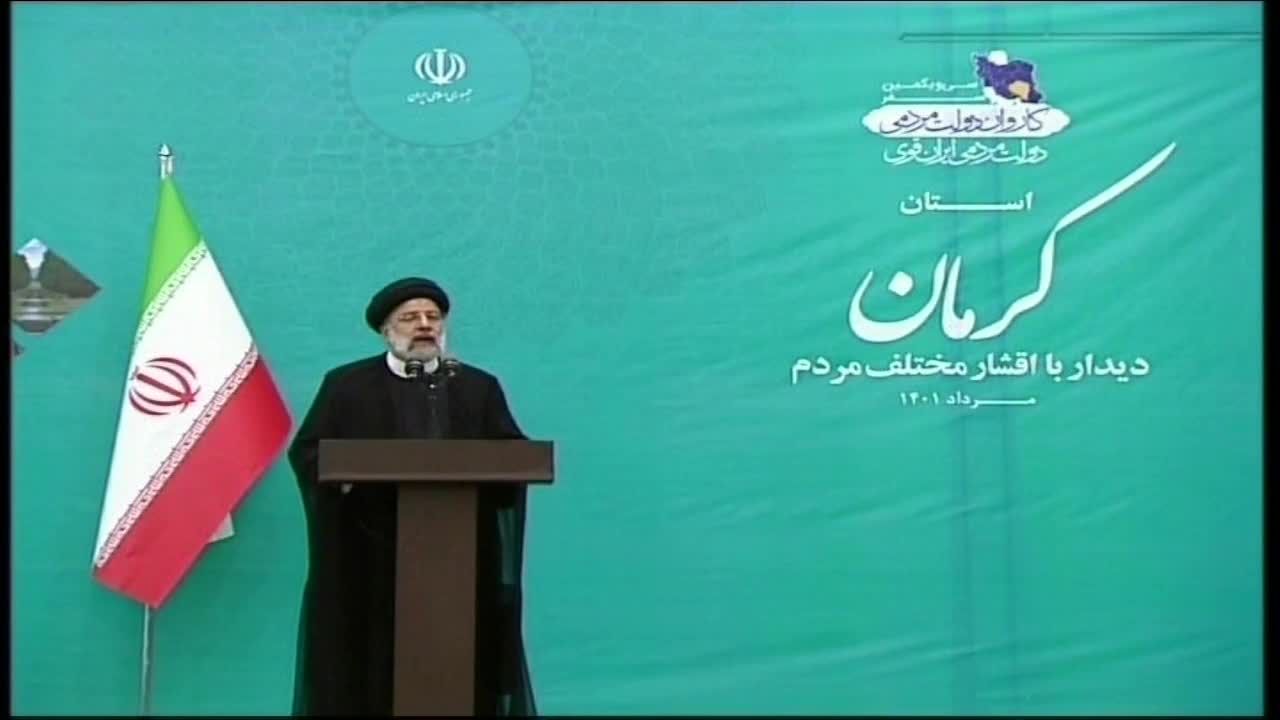 Martyr Soleimani is a symbol of Resistance and a source of pride for Iran and the Islamic world, Iranian President Ebrahim Raisi said, stressing that everyone must pay attention to Martyr Soleimani’s school.

Upon arrival in Kerman province on Thursday afternoon, Raisi expressed satisfaction with the successful conclusion of the first round of provincial trips of the Popular Administration to Kerman Province.

“Kerman is the cradle of sophisticated men and women, poets, writers, artists, and prominent scientific figures,” he said.

Raisi also referred to the capacities of Kerman province in fields such as agriculture, horticulture, mines, numerous scientific centers, and efficient and young manpower, adding, “Despite the diverse capacities, unemployment in Kerman is not acceptable and the poverty and deprivation that we are witnessing today in the province, especially in the south of Kerman, is not what Kerman deserves”.

“The government is determined to complete the half-finished projects of the province and to use all its efforts to eliminate poverty and deprivation in Kerman,” he noted.

The president stated that before his visit to the province, investigations were done about the problems and issues of the province in consultation with the representative of the Leader in the province, the governor-general, managers, and members of parliament, as well as members of the Assembly of Experts.