Al-Kadhimi: Heroism of Counter-Terrorism Service will surely be recorded in history 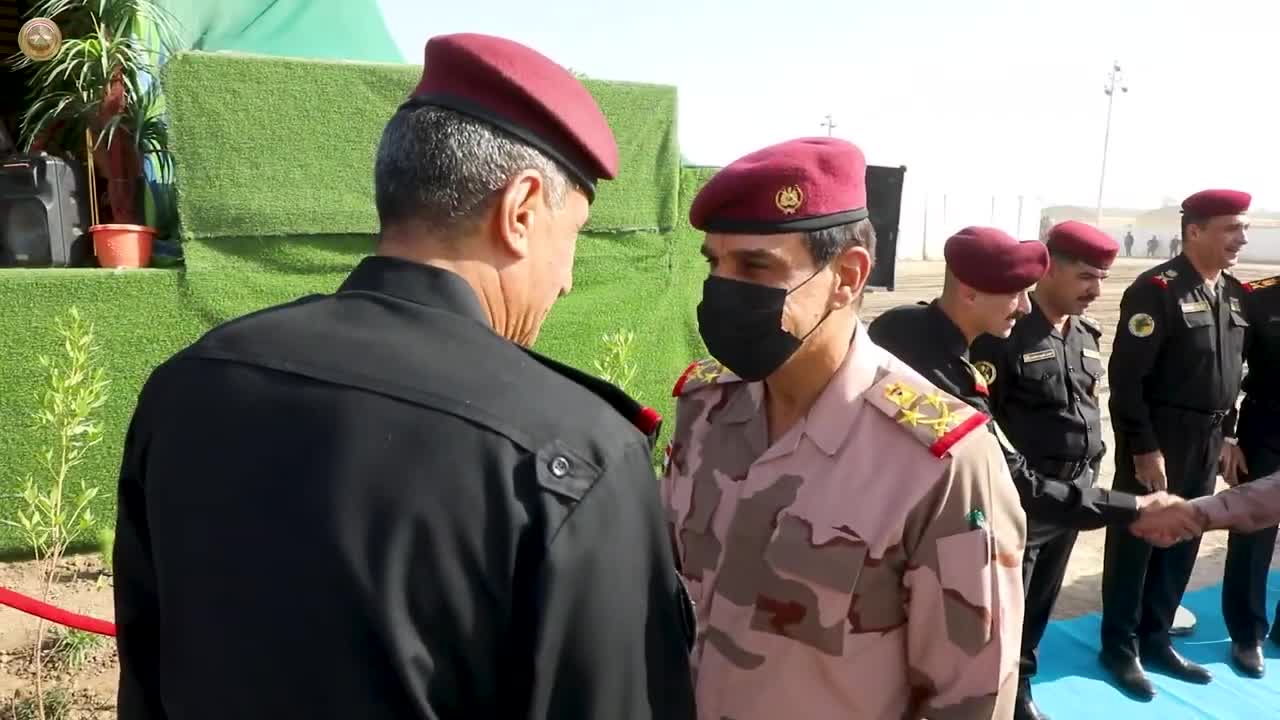 Iraq’s Prime Minister Mustafa Al-Kadhimi said on Monday that the heroism of Counter-Terrorism Service (CTS) in Nineveh will surely be recorded in history, stressing the need to provide all kind of support to the military and security services.

Al-Kadhimi said, in his speech during the attendance of the tactical exercise (Lions’ Leap) performed by CTS, “We congratulate our heroic and brave youth, and their families and all our people throughout Iraq.”

“Two days ago, we were in Nineveh Governorate and the city of Mosul, and we spoke of your heroism and sacrifices that liberated that city. The heroism of the fighters in the Counter-Terrorism Service and all branches of our military and security forces,” he added.

Al-Kadhimi continued “We remember your heroism and sacrifices when you responded to the call of the homeland and the call of duty, these sacrifices will surely be recorded in history, and they will be appreciated by all Iraqis, their love and respect for you, and for all your brothers in the rest of the military and security services.”

The Iraqi PM affirmed his following up on all CTS training and achievements in the field, in the deserts, mountains and valleys, as they crush the heads of the enemy the daily battles, stressing his proud of these achievements and the heroes of CTS.

“We also followed up on your participation in the International Warrior Competition for Special Operations and achieving the second place, which is evidence of your loyalty to the homeland and your dedication and care for the lives of citizens,” Al-Kadhimi pointed out.