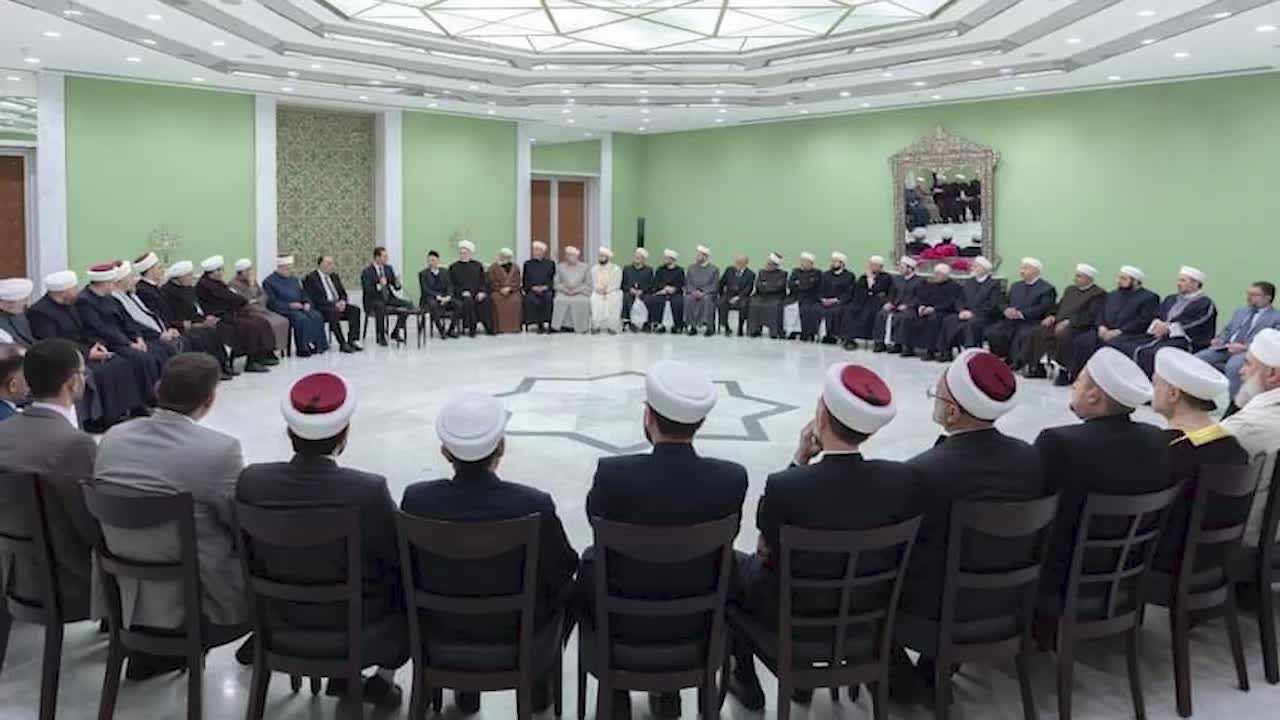 Syria’s President Bashar al-Assad received on Monday a delegation of Islamic clergymen in Damascus on the occasion of the holy month of Ramdan.

During the meeting which was also attended byEndowments’ Minister, Mohammad Abdel-Sattar al-Sayyed, Al-Assad’s highlighted the role of the religious institution, concepts and terms that would be proposed sometimes with contents that contradict the ideology, and the importance of the clergymen to adopt idioms in a proper way that suits the essence of religion and its purposes.

He also referred to the true concept of the religious reform and renovation terms, affirming that scholars of the religious institution in Syria have crossed important stages in the development of this institution and the reform of wrong concepts that penetrated among the clergymen since long time, and this has directly contributed to reforming the society.

The President said that the deep notion of the renovation term depends on “our ability to absorb from religion what we can of knowledge in light of the principle that Quran is for all ages and all circumstances”.

The President considered that religious institutions in the Islamic world face big and accelerated challenges in terms of ideology or doctrine, particularly the intellectual war, so, these institutions are in need to use equal tools, like education and ethics, traditions and postulates in order to strike the poisonous thinking in society.