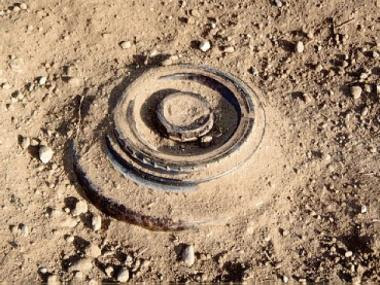 A child was killed, and two others were injured, in landmine blast left behind by Daesh terrorists in Marat town, Deir Ezzor northern countryside.

Head of al-Assad Hospital, Maamoun Hezah told Syrian media that hospital received three children, one dead following the explosion of a land mine, and two injured, one of whom was wounded seriously.