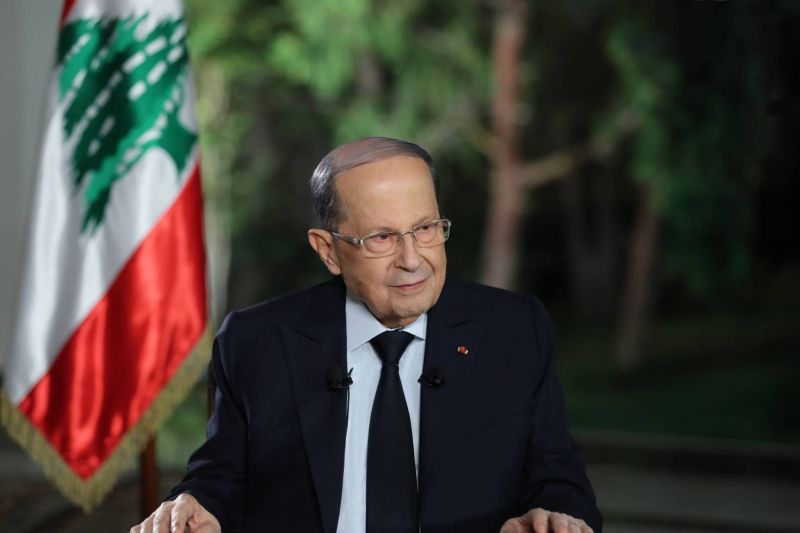 Lebanese President Michel Aoun hailed the stances of the Iraqi government in supporting Lebanon in the field of energy, stressing that the two countries have close and advanced brotherly relations.

“It gives me great pleasure to address you on this occasion, and to share with you the feelings of pride, as you come from a fertile land with its civilized history and ancient heritage, its thinkers and writers, and its rich contribution to the path of humanity towards progress and development,” Aoun said speaking at a celebration marking the first centenary of founding the Iraqi state hosted the Iraqi embassy in Beirut.

He continued “Lebanon and Iraq have close brotherly relations within their Arab affiliation, enriched by days and years, with cooperation and participation, even in challenges, circumstances and events, as the declaration of the state of Greater Lebanon coincide with your revolution with a difference of one year only, and even the challenges faced by our peoples, whether security or economic, are similar.”

Aoun further added that Lebanon is grateful to Iraq for its permanent support in all circumstances and stages, despite the difficult challenges facing the country, adding “I have great confidence that Iraq is capable of restoring its glories, activating the energies of its people, advancing to the highest ranks it deserves, and keeping pace with the development and prospects of the era”.