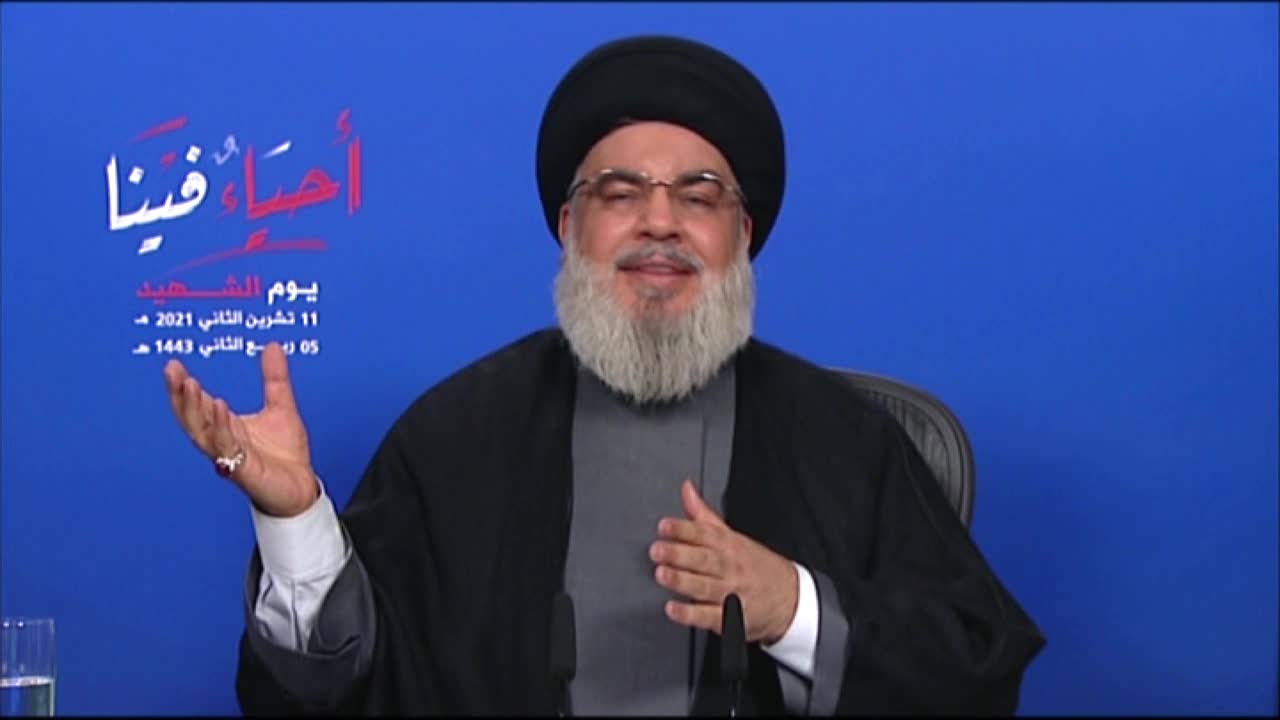 The Secretary General made his remarks on Thursday in a ceremony marking Martyr’s Day in Beirut’s Dahiyeh, Southern Lebanon, Mount Lebanon and Bekaa.

Sayed Nasrallah then stressed that Hezbollah will rely on the martyrs’ legacy and military power to deter any Israeli aggression on Lebanon.

He pointed to the US plots to create unrest in Lebanon and said that Hezbollah has foiled the US attempt to fully dominate Lebanon.

However, he said that Washington has influence over the Lebanese political factions while the country is standing on its feet and is still an independent entity thanks to Hezbollah’s efforts.

In a different context, Sayed Nasrallah said rapprochement of Arab states to the Syrian government shows that they have been defeated in their war on the country.

The Hezbollah chief pointed to the visit of officials of Arab states to Damascus, adding “In recent days, it has been reported that the leaders of several Arab countries have contacted Syrian President Bashar al-Assad… An Emirati official traveled to Syria. These are achieved by the martyrs.”