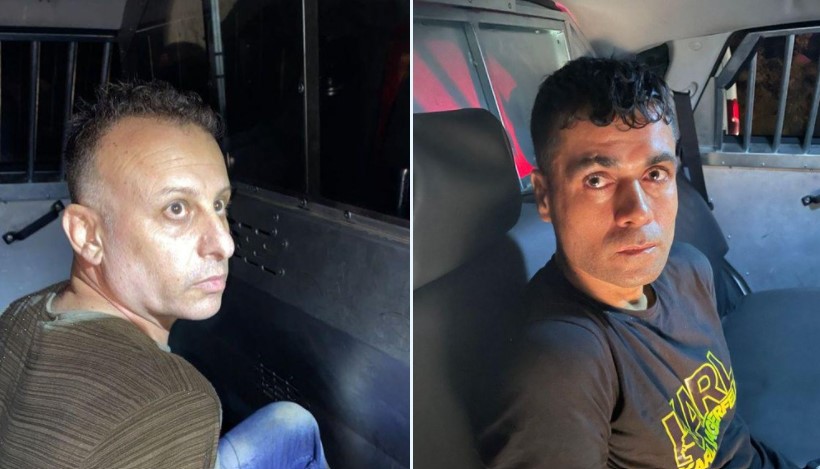 Israeli media outlets said that two of the Palestinian prisoners who had broke out of the Israeli prison of Gilboa last week have been caught by Israeli police in Nazareth.

The two were identified as Mahmoud Al-Arda, 46 years old, and Yaaqob Qadri, 49 years old. Both are from the northern West Bank province of Jenin, and are already serving life in prison.

Israeli media said police had been tipped off by residents of the predominantly Arab town. Channel 12 news said residents called the police who realized it might be the fugitives and sent a large force to the area.

Following the arrests, the two were transferred to the Shin Bet for questioning hopeful they could provide leads to recapturing the other four prisoners.

The remaining four prisoners currently remain at large, despite the massive Israeli manhunt across the northern West Bank and the 1948-occupied territories to locate their whereabouts.