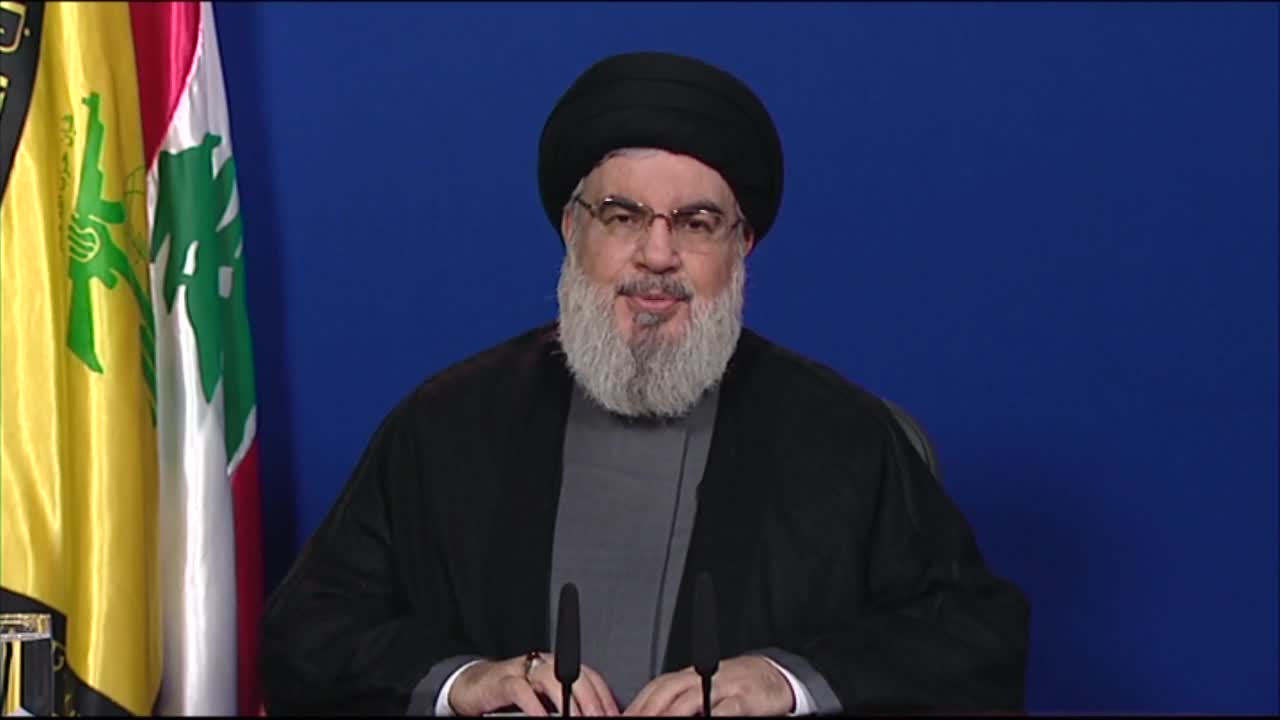 Lebanon’s Hezbollah Secretary General Sayed Hasan Nasrallah said the operations in the occupied Palestinian territories have a profound impact on the future of the Israeli regime and the fight against occupation.

Speaking on Monday in a televised address, Sayed Nasrallah hailed the families of Palestinian martyrs and congratulated them on their decisive stances.

Referring to the condemnation from some Arab rulers against the operations inside the occupied territories, Sayed Nasrallah said “If you think that the Arab official failure vis-a-vis the Palestinian cause will lead to the retreat of the Palestinian youth, then you’re delusional”.

“If you bet on the Palestinian people’s desperation and frustration, you are delusional,” he added.

The Secretary General also said the equation of protecting civilians from Israeli aggression is still upright thanks to the resistance.

Elsewhere in his remarks, he pointed to the upcoming parliamentary election in Lebanon, saying that Hezbollah and its allies are not seeking to gain two-thirds of the seats in the parliament.

“No body thinks that winning two-thirds of seats in the next parliament is a realistic and logical objective, we are certain that the country is based on understandings,” he said.

Hezbollah chief further warned against attempts to delay the elections in Lebanon.

Nasrallah pointed out that “our electoral rivals have scattered into numerous lists.”

“It’s rightful to accuse the US embassy of seeking to postpone the parliamentary elections,” he underscored.

The Hezbollah leader noted that the resistance movement has always been calling for a national coalition government in Lebanon.

“We are fighting an electoral battle, we should actively participate in the electoral ballot boxes,” he said, adding that “Our objective is securing the success of our candidates and allies.”

The Hezbollah leader further said, “We are keen on the representation of all parties based on their true sizes, we’re not after eliminating anyone.”