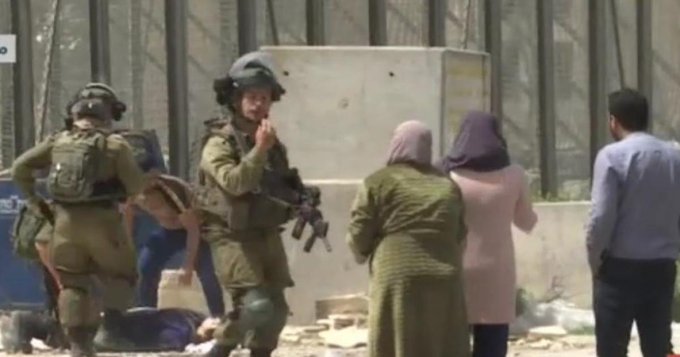 Israeli forces on Sunday shot dead a Palestinian woman after they opened fire at her while she was crossing an Israeli military checkpoint near the village of Husan, to the west of Bethlehem in the occupied West Bank.

The woman, who was not yet identified, was walking past the checkpoint when soldiers opened gunfire at her, and was later rushed by a private car to a nearby hospital for medical treatment, witnesses said.

The Ministry of Health confirmed that the woman lost large amounts of bloods and later succumbed to her injuries.