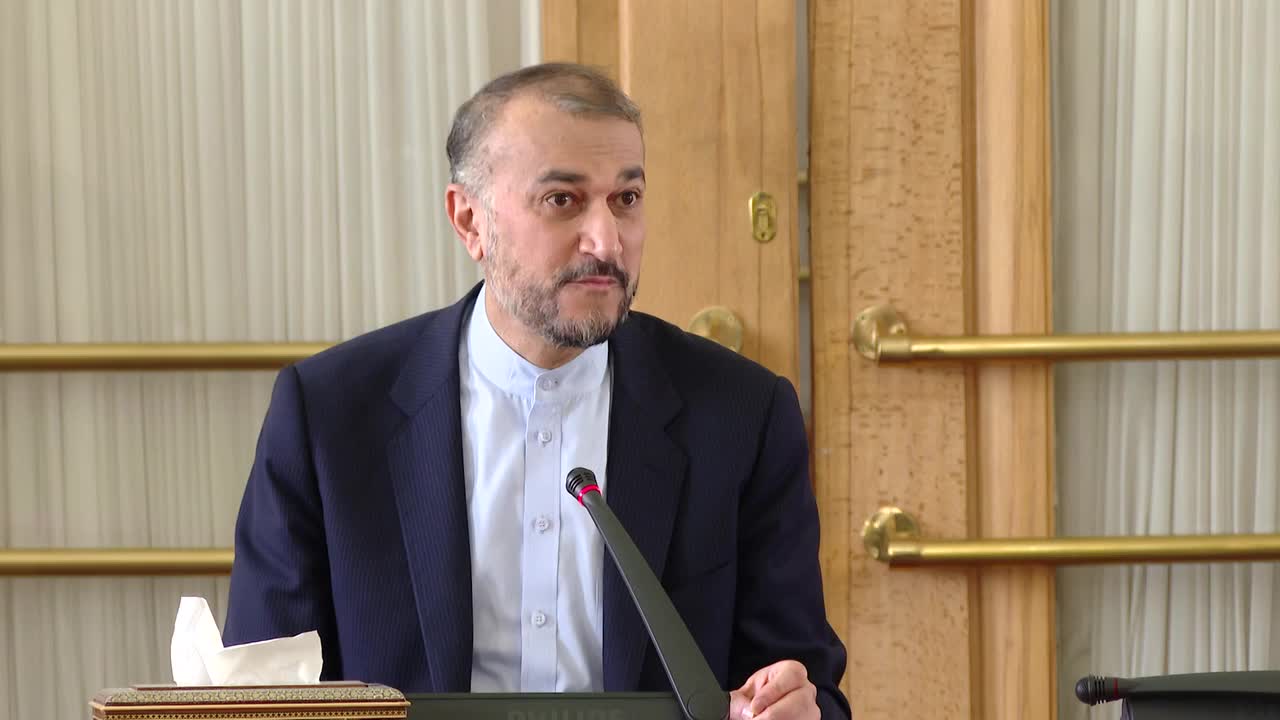 Iran’s Foreign Minister said the US is “imposing new conditions” for removing its sanctions in order to revive the 2015 nuclear deal, stressing that Tehran will never compromise on its red lines and will seek a strong and durable agreement.

“On the issue of lifting sanctions, they (the Americans) are interested in proposing and imposing new conditions outside the negotiations,” Hossein Amirabdollahian said on Sunday.

“We are definitely looking for the sanctions to be removed, but in a dignified manner and through a strong and lasting agreement. However, Mr. [President Ebrahim] Raisi has always reminded all cabinet members that not all hopes should be pinned on what would happen in Vienna. All state institutions are rather obliged to work to neutralize sanctions and promote the sustainable development of the country’s economy and trade,” he said.

“We continue to tread the path of diplomacy for achieving a dignified, durable and good agreement, but the Americans bring up new conditions in the field of sanctions removal outside the talks,” he added.

Amirabdollahian noted, “The Islamic Republic of Iran has naturally stood and will stand by its red lines. The Americans keep talking about the need for direct negotiations, but we have not seen any benefit direct talks with the United States, based on our surveys and the viewpoint that the Americans hold.”

The Iranian foreign minister said the American side has not yet taken any positive steps toward promoting prospects for an accord.

Amirabdollahian went on to say that Iran, in response to repeated US calls for negotiations, has called on Americans to present one or two practical and tangible measures before any agreement, and release some of Iran’s assets frozen in foreign banks, for instance, as a gesture of good faith.

“During my visit to Moscow, we agreed with the Russian side that if we reached an agreement in Vienna, Russia would not be an obstacle,” Amirabdollahian said.

“We were close to concluding technical discussions with the three European countries, but at the same time, we faced the crisis and the war in Ukraine,” he added.

He underscored that Tehran has demanded neither loans nor money from Americans, but rather asked for the release of its own public assets.